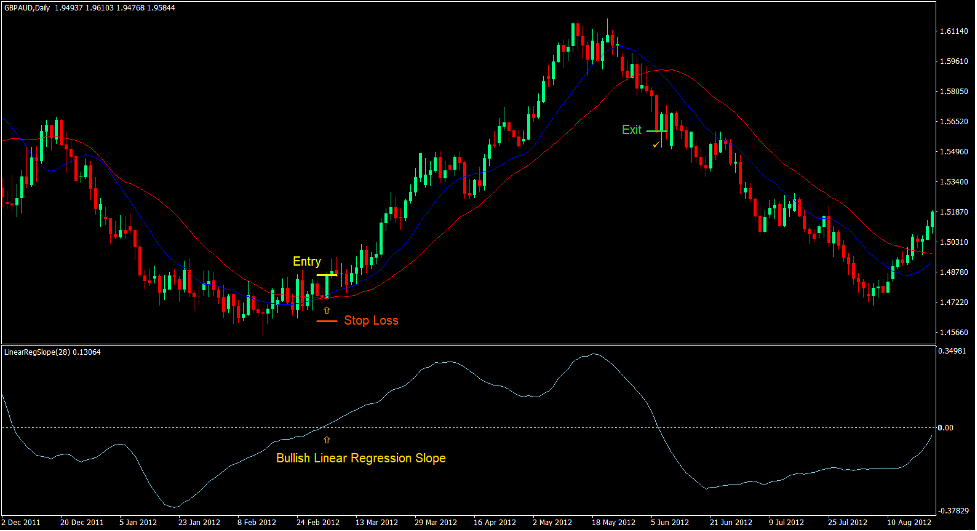 Trend reversals are high yielding trade setups which can produce unlimited yields compared to the risk placed on each trade. Traders could find themselves in a trade that is a successful trend reversal and see their profits grow several times more than the risk on their stop loss. This is because trend reversal setups are usually open ended. Trend reversal traders often close the trade only when the trend is about to end.

Moving average crossovers can be very effective in anticipating trend reversals. Noma kunjalo, it is not that accurate. This is not because moving average crossovers are not effective. Kunalokho, it is because anticipating that price action would reverse is very difficult as momentum is often on the side of the prior trend. Noma kunjalo, traders still make money trading trend reversals because of the sheer size of the yields compared to the risk.

In lelisu, we would be looking at a simple crossover strategy which finds confluences with a complementary oscillating technical indicator.

The Linear Regression Slope (LRM) is an oscillating technical indicator which is used to help traders predict future price trajectory based on historical price values. It was developed from a quantitative perspective of identifying future price movements based on historical price data. This method which is an effective statistical method in predicting future data is similarly effective when applied in trading.

The Linear Regression Slope oscillator plots a line that oscillates freely around its midline zero. The line it plots is characteristically very smooth. This helps traders avoid too many false signals in a choppy market environment.

As a signal indicator, this indicator also objectively identifies trend reversals. It then sends an alert signal on the MT4 platform to inform the trader that the forex pair it is applied on might be reversing its trend.

The crossover strategy is based on a 14-period MA Alert line and a 28-period Simple Moving Average (Isikolo sebanga eliphezulu). Trend reversal signals are generated as the MA Alert line crosses over the 28 Umugqa we-SMA.

The trend reversal should also be confirmed based on a confluence of another trend reversal signal coming from the Linear Regression Slope line. This is simply based on the crossing over of the LRM line over its median, zero. 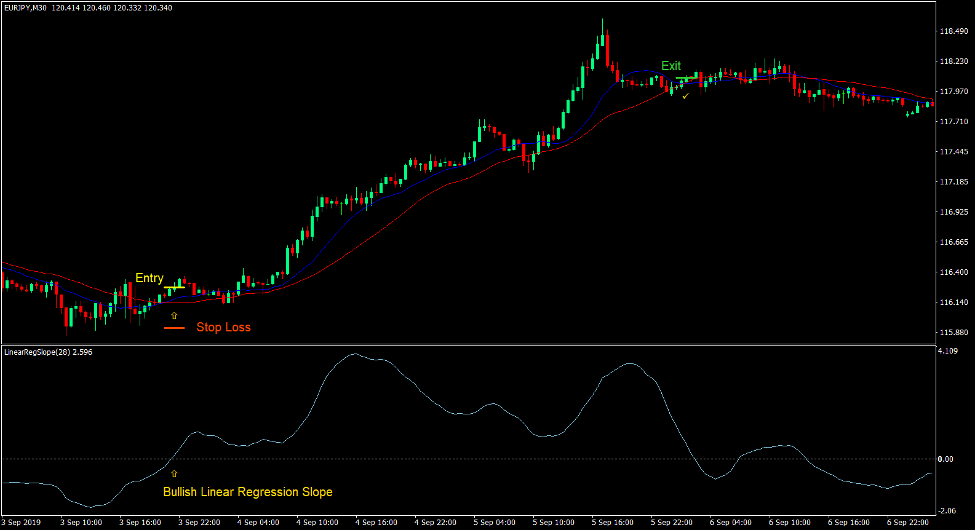 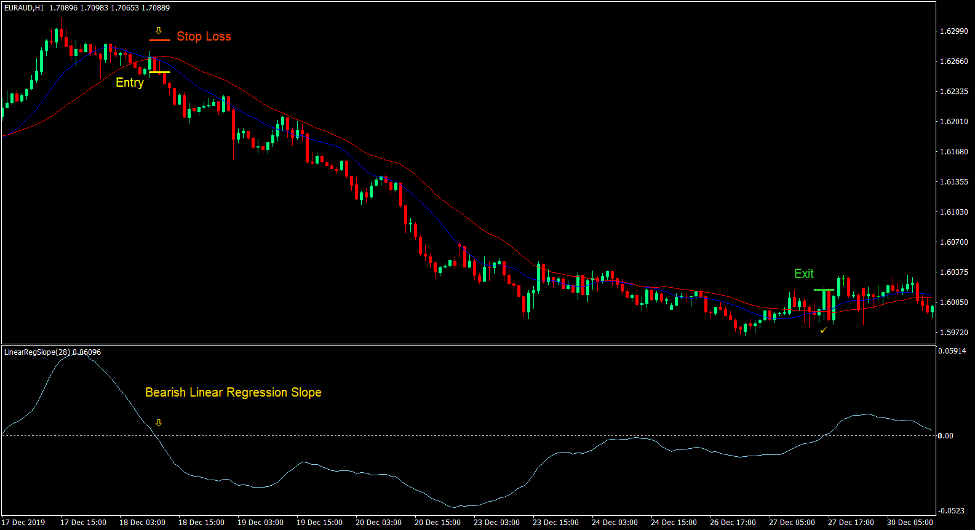 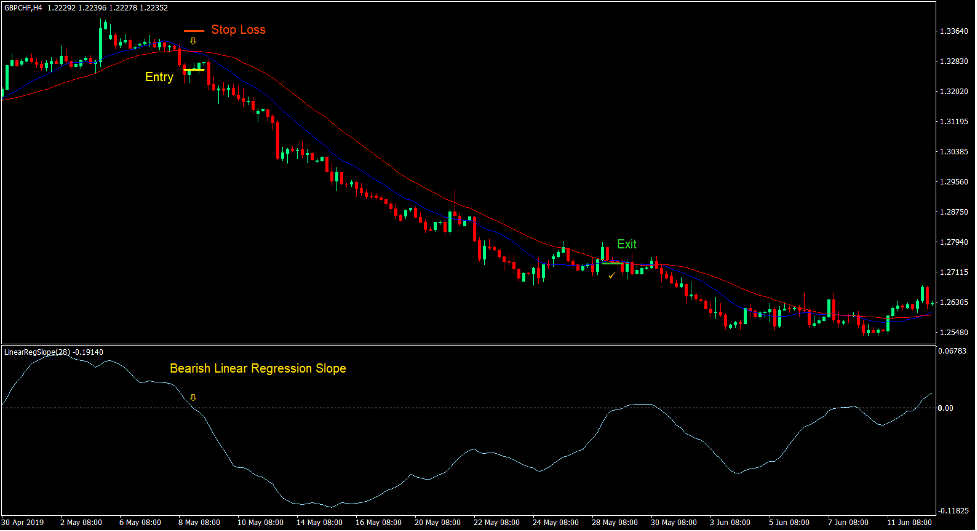 Although this trend reversal strategy may not be as accurate as other trend-based strategies, it does have the capacity to produce high yielding trade setups. This is the factor that can help traders consistently become profitable over the long run.

Noma kunjalo, strings of failed crossovers may cause some losses. It is wise to keep position sizing and money management in check when trading trend reversals.

Linear Regression Cross Forex Trading Strategy provides an opportunity to detect various peculiarities and patterns in price dynamics which are invisible to the naked eye. 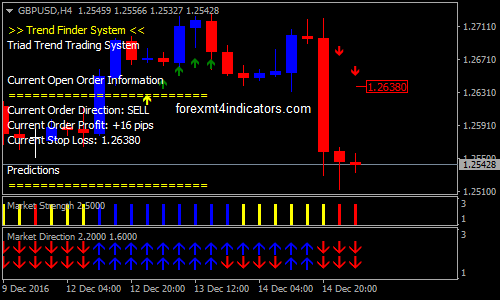