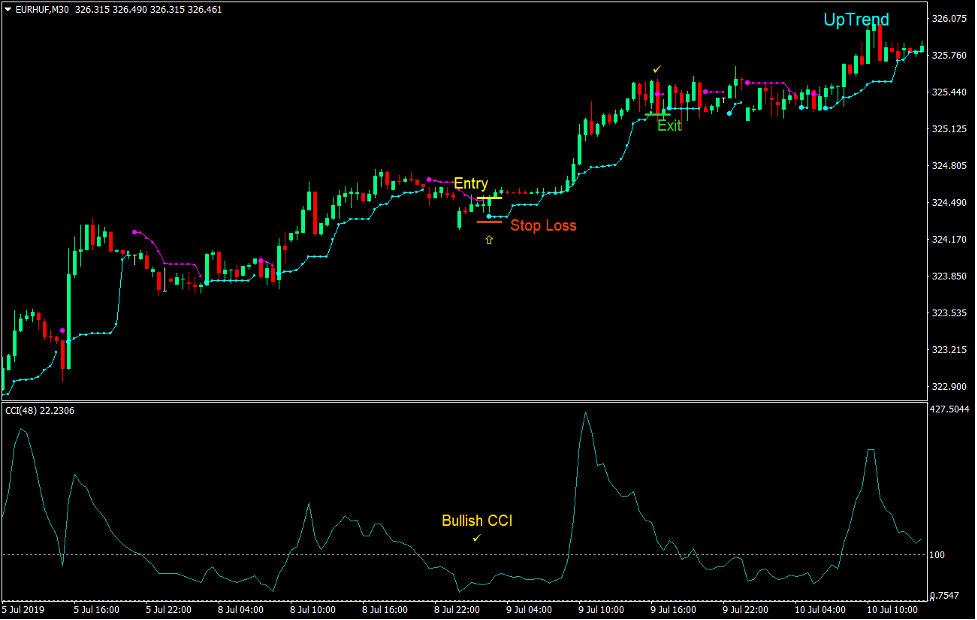 Trend and momentum, these two types of market movements are often interchanged. Although both have some similarities, the two also have some differences.

Momentum on the other hand refers to the quantity of motion of a moving body measured as a product of its mass and velocity. pri trgovanju, we could interpret it as the strength of a price movement based on its volume (mass) and distance traveled within a few bars (hitrost). Different traders identify momentum based on different factors. Some use indicators showing that price is pushing strongly in one direction. Others use candlesticks that have a long body with small wicks indicating that price moved strongly in one direction with high volume.

Both types of setups are used by many traders as a trading strategy. These are called trend-following and momentum strategies. Legacy Trader Forex Trading Strategy combines aspects of momentum and trend using two indicators that could work synergistically.

Indeks Commodity kanal (Cci) is a technical indicator used by traders to identify trend, momentum and mean reversals in order to anticipate the cyclical movements of price.

Legacy Trader is a custom indicator which is a trend-following technical indicator.

It simply plots a dotted line on the price chart along with the price candles. The line shifts below price whenever the indicator detects a bullish trend and shifts above price whenever it detects a bearish trend. Barva črte se spreminja tudi glede na smer trenda. An aqua line indicates a bullish trend, while a magenta line indicates a bearish trend.

The line could be used in different ways.

Prvi, it could be used as a trend filter for short-term momentum trading. Traders could use the indicator to avoid taking trades that are against the current trend direction.

It could also be used as trend reversal signal. Traders could use the shifting of the lines and the changing of its color to indicate a trend reversal and use it as entry signal.

Nazadnje, it could also be used a stop loss placement. Traders could place the stop loss of a trade beyond the line away from price action in order to avoid getting stopped out prematurely.

If trend and momentum is confirmed, we could then start to look for short-term trend reversals that are in line with the bigger picture momentum and trend.

Using the Legacy Trader indicator, we will be taking trades as soon as the line shifts and changes color indicating the direction of the main trend.

Valuta Pari: major and minor pairs plus some crossover pairs 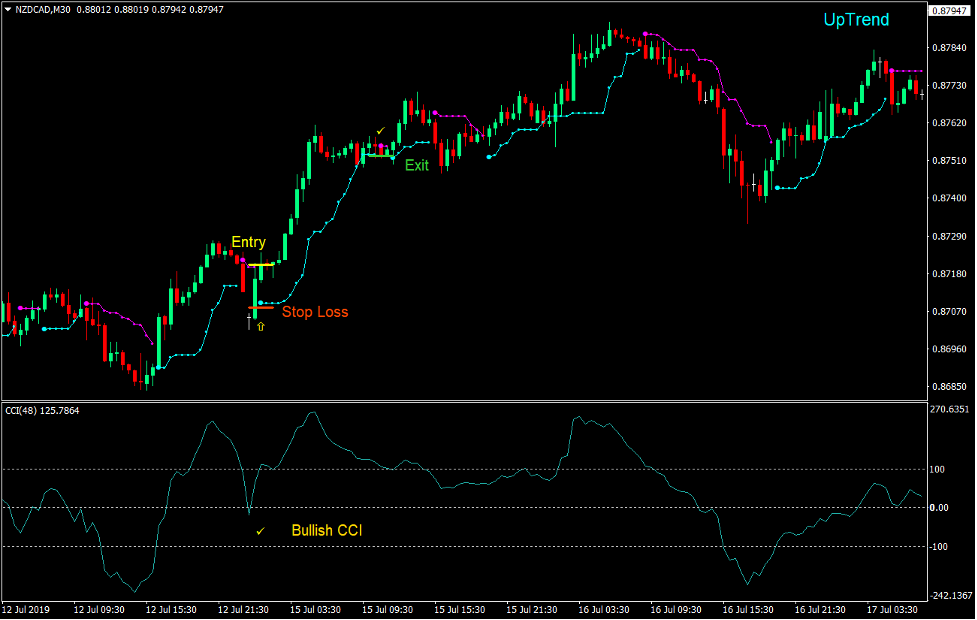 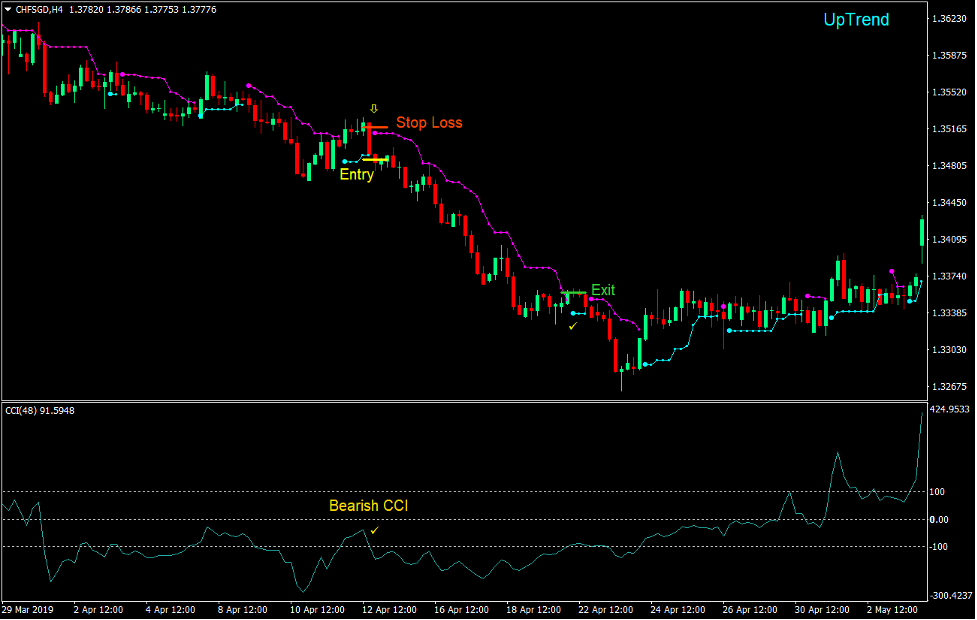 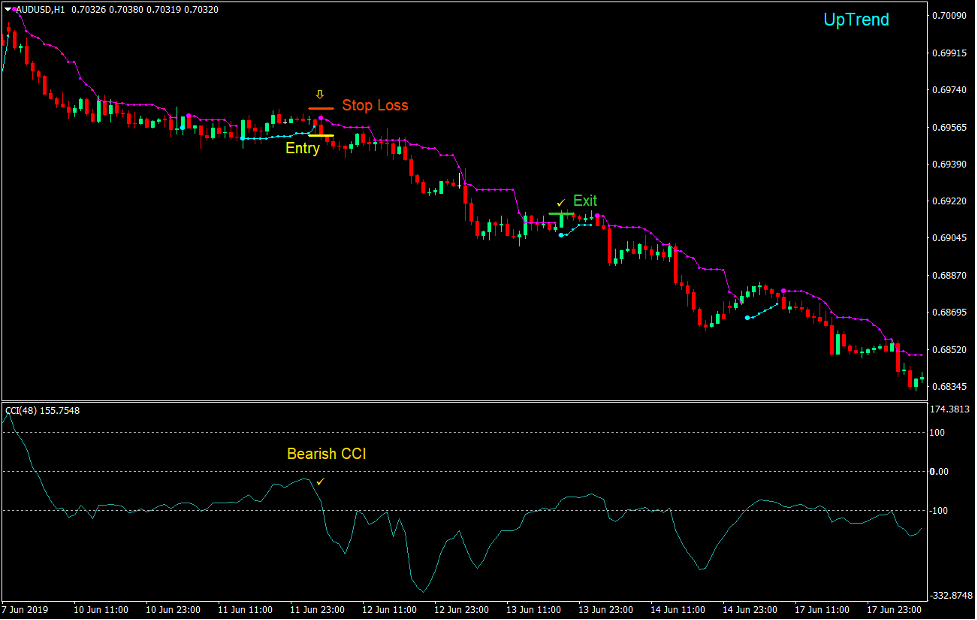 This trading strategy is a trend-following strategy that incorporates elements of momentum based on the long-term.

Price pushing strongly with momentum tends to follow through and continue the prior price push. This often starts a trending market condition which is very conducive for high probability short-term trend trading.

This strategy allows traders to exploit such market condition and profit from the market.

Legacy Trader Forex Trading Strategy provides an opportunity to detect various peculiarities and patterns in price dynamics which are invisible to the naked eye. 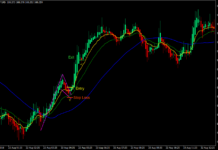 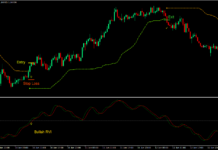 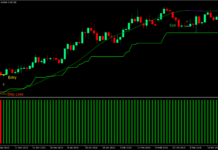 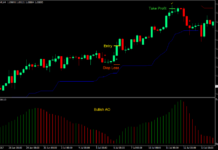 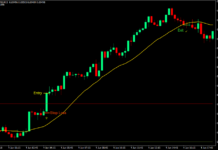 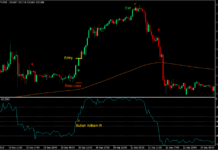