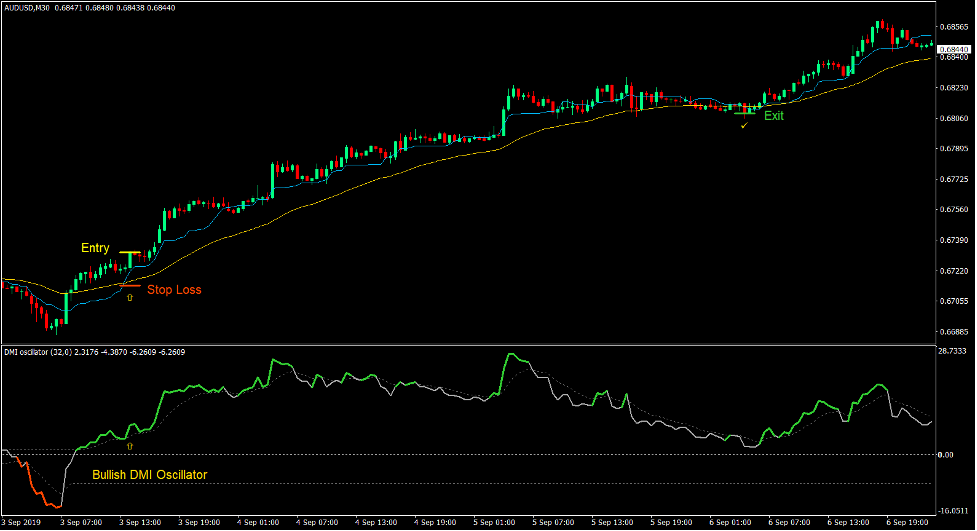 "Trgovina s trendom!” This is an age-old wisdom that has been quoted again and again by many forex traders and for a very good reason. Trading with the trend implies that traders should be trading with the flow of the market and not against it. Many successful forex traders hold this mantra in their hearts and has served them well as profitable forex traders.

Vendar pa, there are also many forex traders who attempt to trade with the trend but instead end up trading at peaks and bottoms in the wrong trade direction. They often are chasing prices thinking that price is already trending when in fact the short-term move is just a blip on the price chart.

A master trader once told me that a trend is considered a trend when it is clearly trending. This statement is very confusing, but it does hold so much truth in it. Traders often assume that a trend has began when in fact price is just moving erratically. Markets that are really trending are usually considered a trend when it is already obvious on the price chart. pogosto, although this does confirm that the market is trending, but many times traders identify a trend only when it is already too late to trade it. Price is overbought or oversold and is due for a market correction.

Torej, how do we trade at the sweet spot where we could objectively confirm a trend while at the same time not being too late in the party. Truth is we often can’t. Vendar pa, there are tools that could help us identify if the market is significantly moving in one direction. This could be the next best thing.

DMI Kijun Trend Forex Trading Strategy is a trend reversal trading strategy that confirms trend reversals based on the directional movement of price.

DMI Oscillator is a momentum technical indicator which is based on the Directional Movement Index (DMI).

The classic DMI indicator was developed in order to help traders identify which direction the price of an asset is moving. It does this by comparing the prior highs and lows of price. It then plots two lines that crossover each other signaling the direction of price based on its average directional movement. Many traders often consider this indicator as the go to indicator for identifying trending and ranging markets as it also has a mechanism in which traders can objectively identify if the average directional movement of price is strong enough to be considered a trend.

The Kijun-sen is a modified moving average line which is one of the most important components of the Ichimoku Kinko Hyo method of technical analysis.

The Kijun-sin is basically the median of price for the last 26-bars. This creates a moving average line that could represent the short- to mid-term trend direction. It is characterized by a line which is very jagged and could respond to price action very fast, yet at the same time is very reliable.

This modified moving average line, when combined with another reliable moving average line or other components of the Ichimoku Kinko Hyo indicator can produce high probability trend reversal signals. It could also reliably indicate the direction of the short- do vmesnega trenda.

For the crossover, we will be using the Kijun-sen+ line and a 36-period Exponential Moving Average (EMA).

Trend reversal signals are considered valid whenever the Kijun-sen+ line and the 36 EMA line crosses over, while the DMI Oscillator confirms the trend direction. 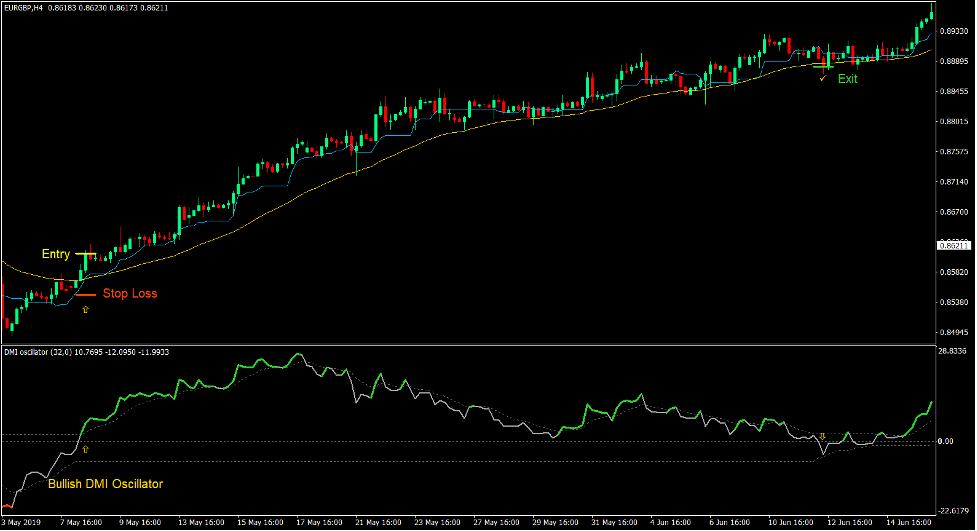 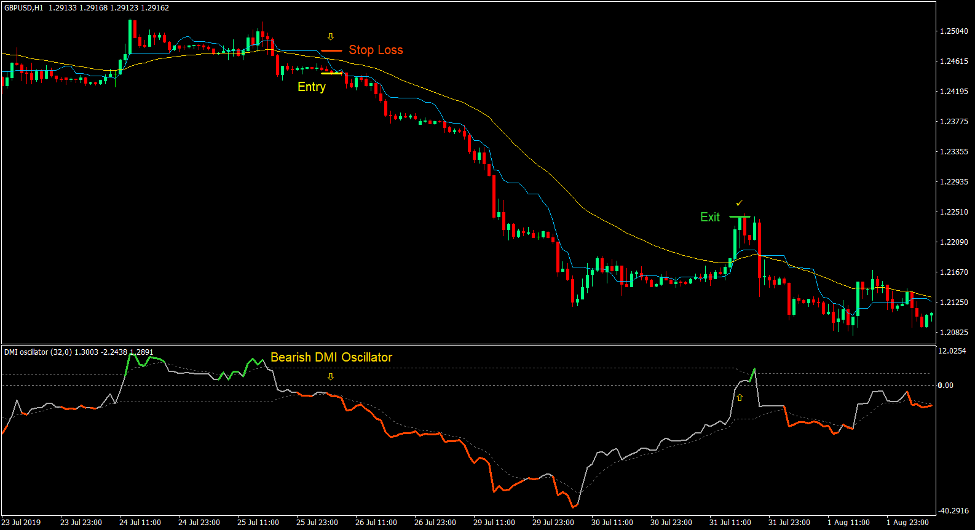 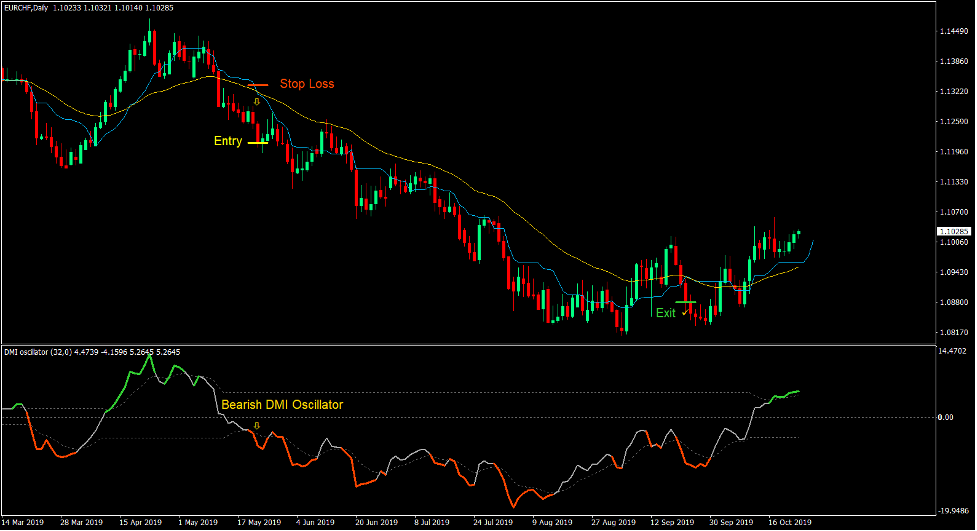 This strategy is a good trend reversal strategy. This is because on each trade setup, the trend strength is confirmed using the DMI Oscillator.

Poleg tega, the Kijun-sen+ and the 36 EMA crossover setup is a highly reliable trade setup.

Traders can quickly earn profits from the forex market using this strategy. It has the key ingredients which are a good risk-reward ratio on trades that do result in a trend and an improved win rate using the trade confirmations above.

DMI Kijun Trend Forex Trading Strategy provides an opportunity to detect various peculiarities and patterns in price dynamics which are invisible to the naked eye. 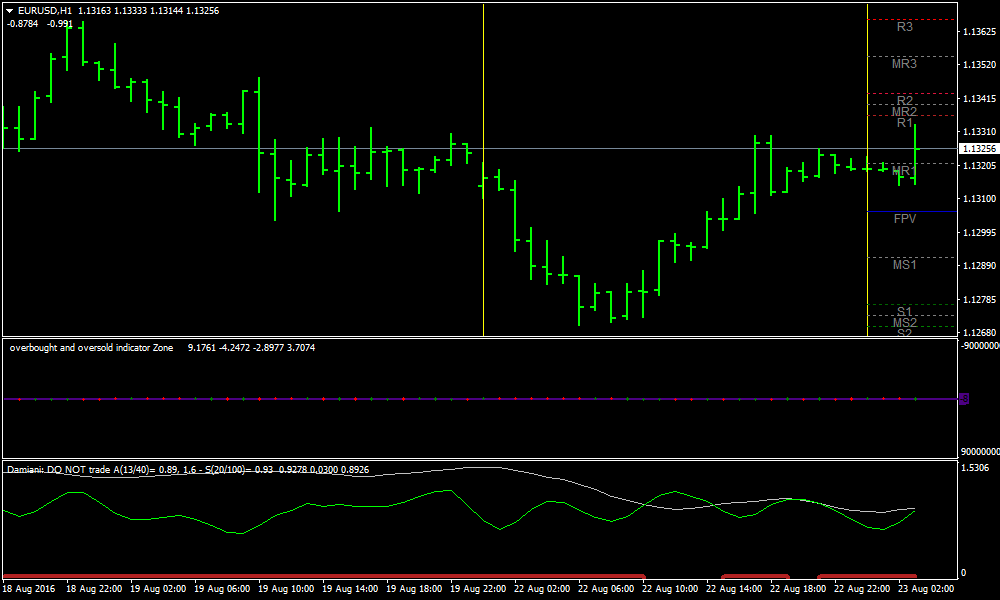