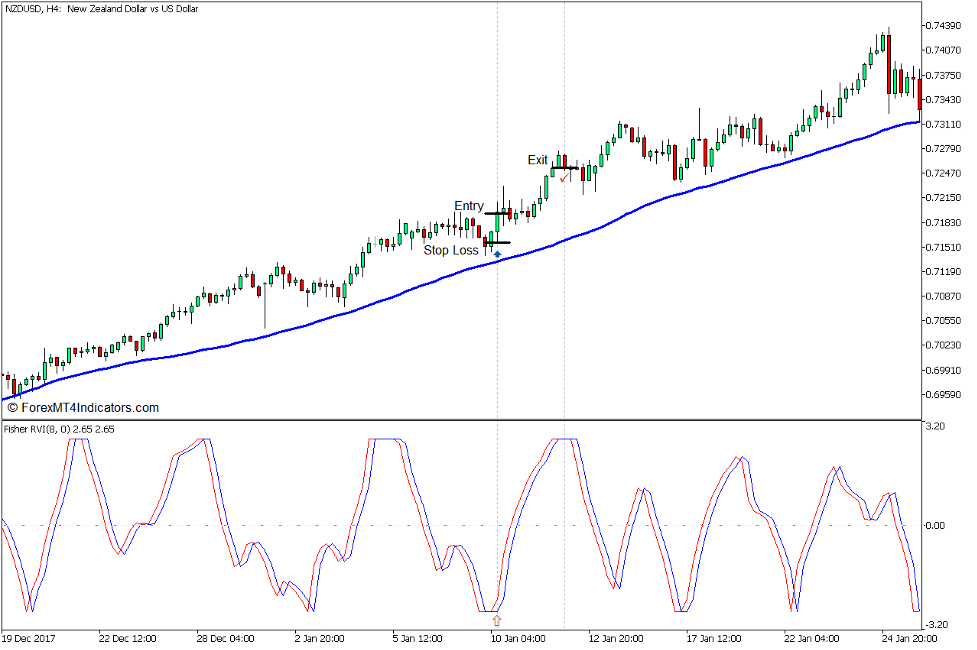 This strategy is a simple trend continuation strategy which trades on such confluence of a trend and a mean reversal signal.

The Fisher RVI Indicator is a momentum-based oscillator which is derived from two oscillators – the Inverse Fisher Transform Indicator and the Relative Vigor Index (RVI). The Fisher Transform Indicator, developed by John Ehlers, although not perfect, is a very accurate technical indicator which points out trend and momentum direction, as well as the reversals in price swings. The RVI on the other hand is a relatively smoother momentum indicator which can detect shifts in the direction and strength of the market momentum. Combining these two individual indicators into one can be a very promising proposition. 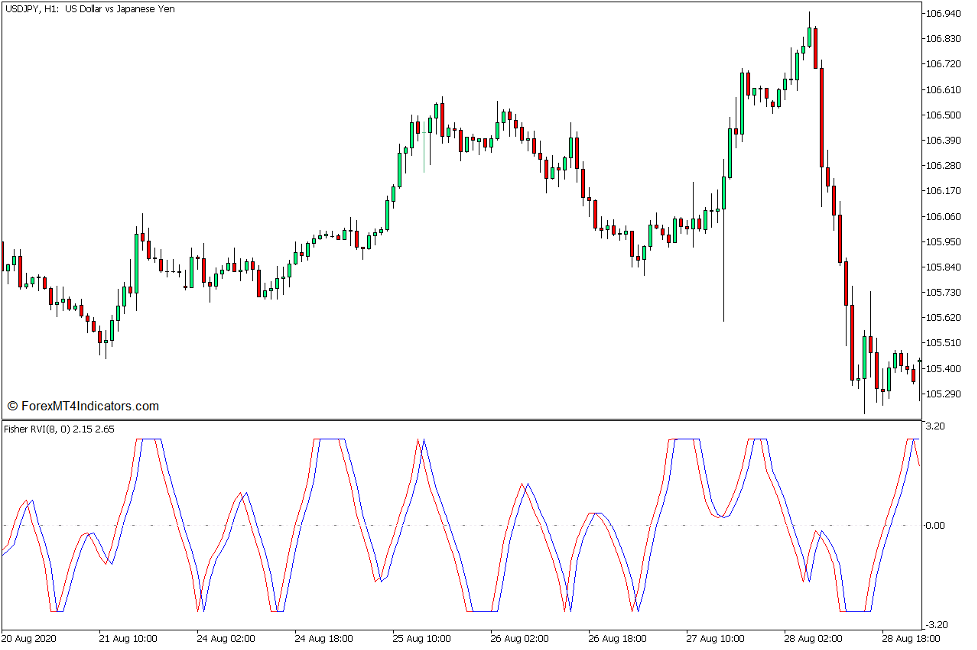 The 50-bar Simple Moving Average (SMA) line is generally regarded as one of the main indicators for identifying the mid-term trend direction. Seasoned retail and institutional traders often use the 50 SMA line to help them determine trend direction and bias, the potential pullback points of price action, as well as potential trend reversals. 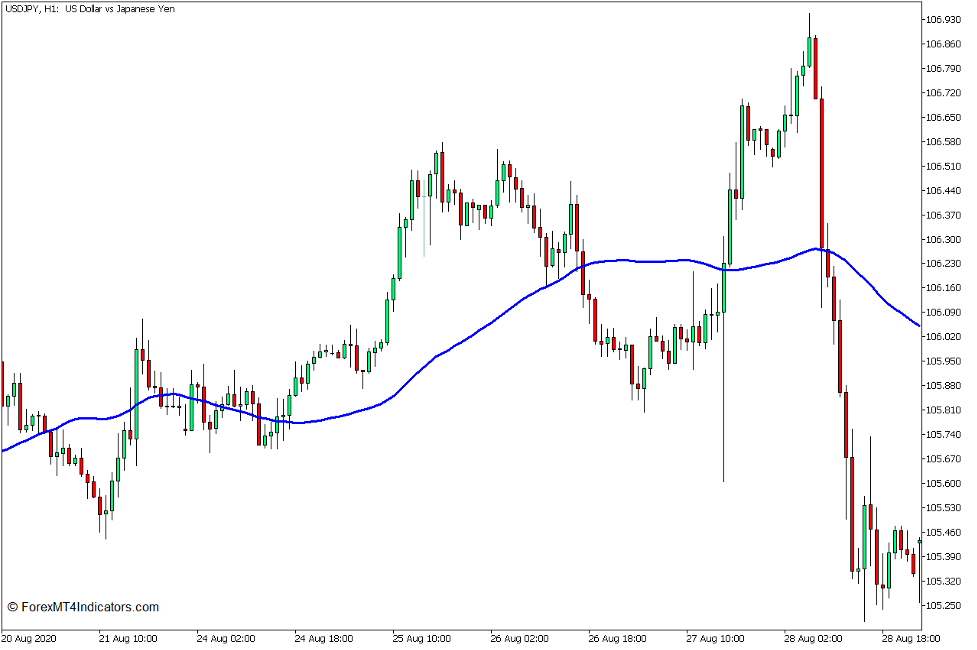 This trading strategy is based around the concept of trading the confluence of a trend pullback and a short-term mean reversal signal trading in the direction of the trend.

The 50 SMA line is used to determine the direction of the trend based both on the general location of price action in relation to the 50 SMA line, as well as the slope of the line. However, traders should also visually confirm if the market is indeed trending based on the characteristics and patterns of its price swings. We would then opt to trade only in the trend direction indicated by the 50 SMA line.

Aside from being a trend direction filter, the 50 SMA line is also used as an area where we would expect potential pullbacks.

As price pulls back near the 50 SMA line, momentum should also temporarily reverse. If the pullback is deep enough, the Fisher RVI Indicator would start to flatten out on the extremes of its range, indicating a potentially overbought or oversold market. The crossover after the flattening of the Fisher RVI lines would be our signal indicating the resumption of the momentum in the direction of the trend. 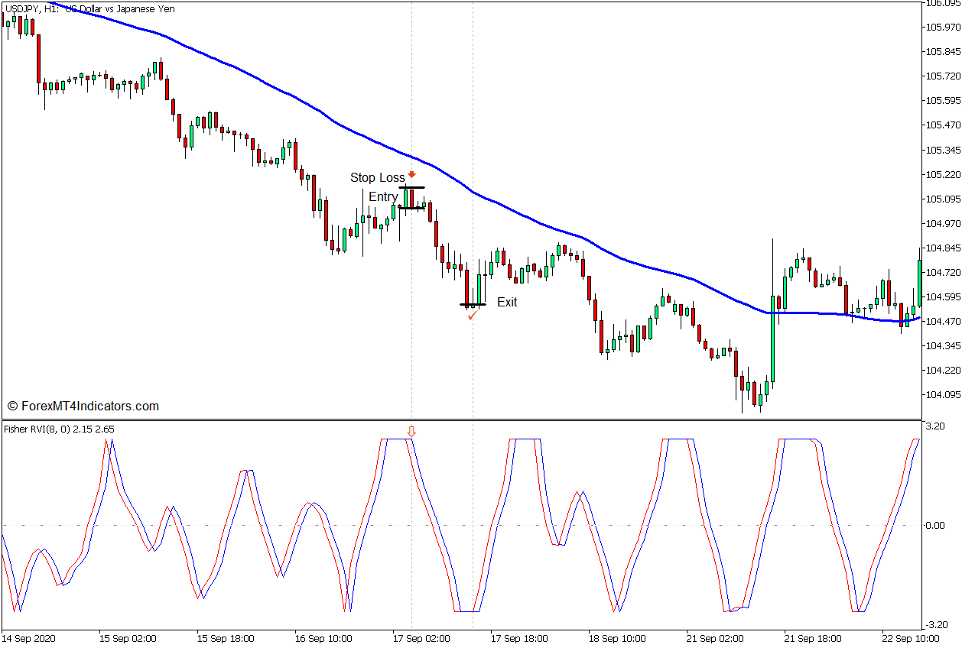 This strategy is especially effective when used in a trending market condition with decently wider price swings. This allows the Fisher RVI lines to detect mean reversal signals right after a pullback.

Although not perfect, this strategy does have the potential to produce a string of profitable trades with decent risk reward ratios whenever used in the right market condition.

Fisher RVI and 50 SMA Trend Pullback Forex Trading Strategy for MT5 is a combination of Metatrader 5 (MT5) indicator(s) and template.

Fisher RVI and 50 SMA Trend Pullback Forex Trading Strategy for MT5 provides an opportunity to detect various peculiarities and patterns in price dynamics which are invisible to the naked eye. 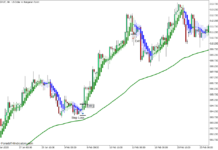 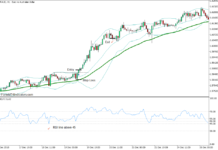 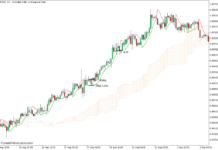 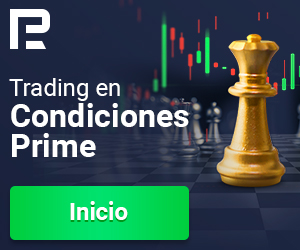 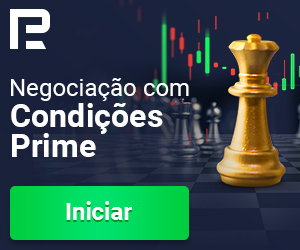 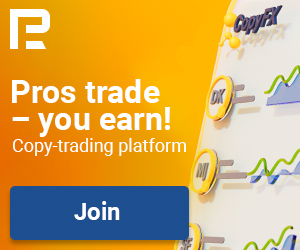