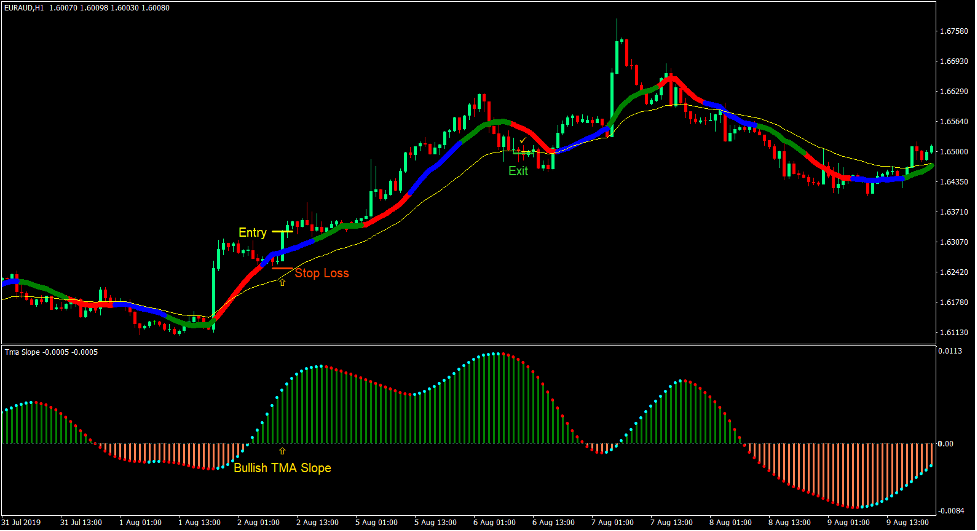 Noma kunjalo, there are other traders who prefer to trade only when the market reverses and forms a new trend. Ngakho-ke, they would trade a trading strategy which should help them identify possible trend reversals. Trading in this manner is often considered risky because it means that you are trading against the previous flow of the market and are often the new market trend direction is not yet clearly established. Noma kunjalo, it also allows traders to maximize their profits when trading in this manner. This is because they are often trading at the start of the trend and exiting at the end of a trend.

TMA Momentum Cross Forex Trading Strategy helps traders identify and confirm probable trend reversals based on a set of rules using highly reliable technical indicators. It also considers the behavior of price action as well as the candlesticks itself.

Three Color MA is a custom technical indicator based on moving averages.

Three Color MA is a modified moving average which smoothens out its moving average line making it less susceptible to false signals present in choppy markets, while at the same time making it more responsive to recent price changes.

The line plotted by the Thee Color MA indicator also changes. This allows traders to more easily identify the cycles of the market.

TMA Slope is another custom technical indicator which is developed based on moving averages. It is also an oscillator type of indicator which plots bars and dots on a separate window.

The TMA Slope indicator is computed by identifying the slope of a Triangulated Moving Average (TMA) umugqa. This is based on the difference between a fast-moving TMA line and a slower moving TMA line. The indicator then plots the difference on a separate window as histogram bars. Positive green bars indicate a bullish trend bias while negative coral bars indicate bearish trend bias.

Bese, we should identify high probability trade setups based on the characteristics of price action. Instead of taking the trade right after the crossover of the two lines, we will wait for price to retrace towards the area of the moving average lines. Bese, we should wait for a momentum candle to move in the direction of the trend indicating that price is more likely to move towards the direction of the new trend being developed. 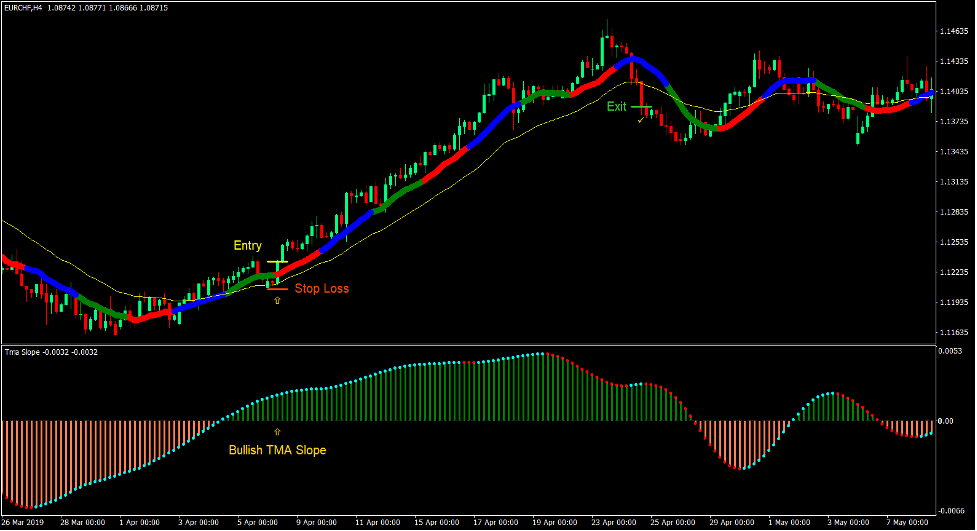 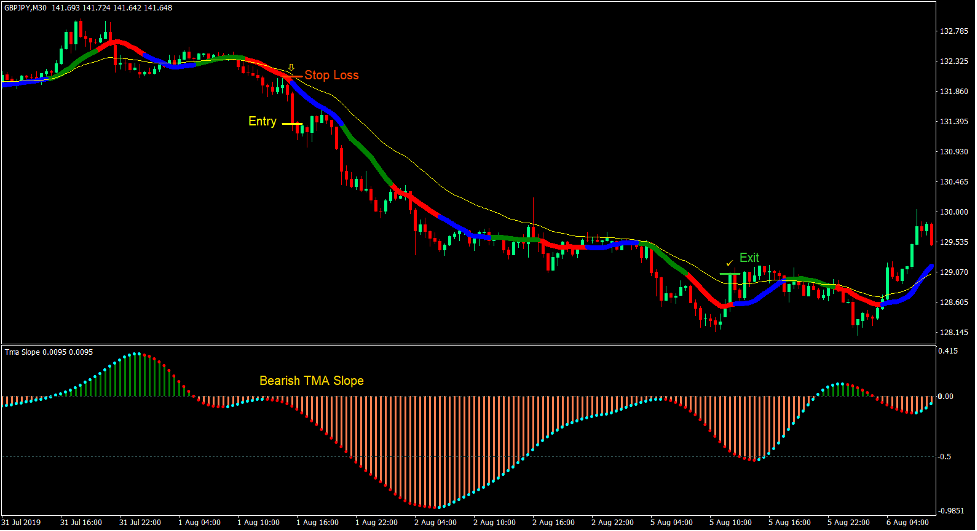 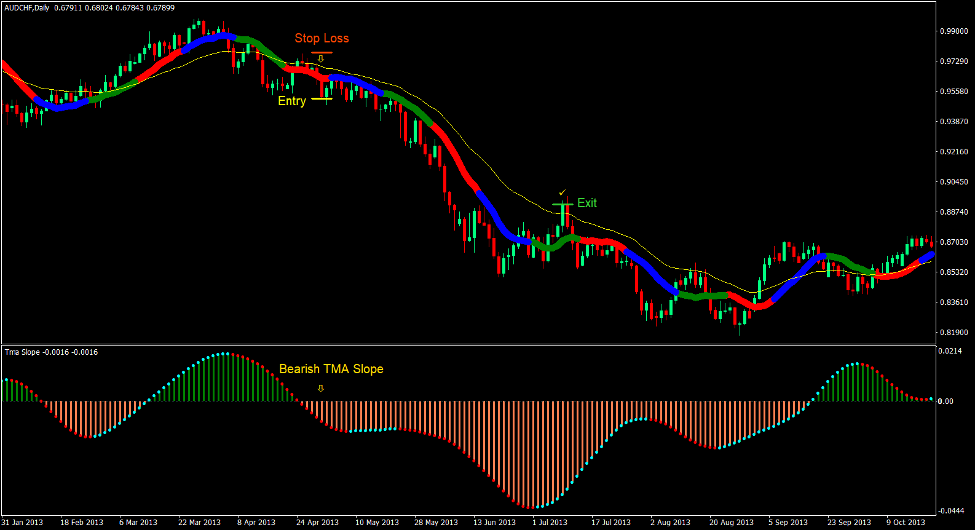 By combining all three concepts, we get to have trade setups which have higher probabilities. Uma isetshenziswe esimweni esifanele semakethe, these trade setups would tend to produce positive results.

TMA Momentum Cross Forex Trading Strategy provides an opportunity to detect various peculiarities and patterns in price dynamics which are invisible to the naked eye. 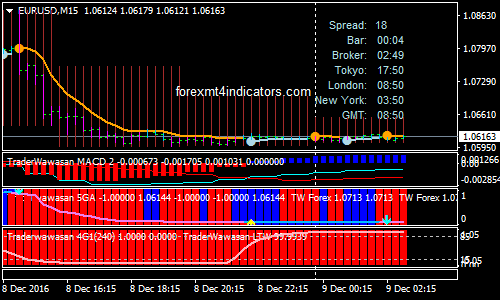