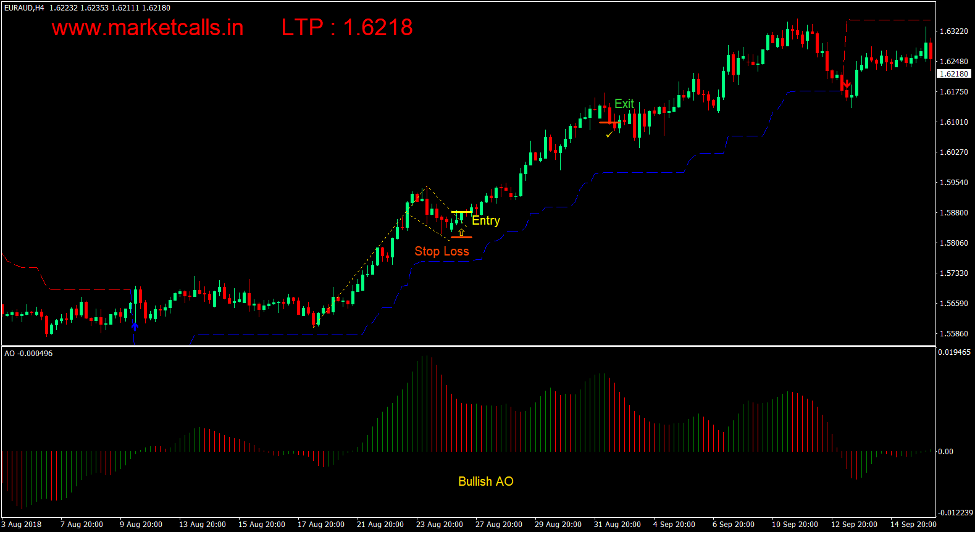 If you would want to learn price patterns, it is best that you learn some of the most basic and easiest patterns to trade. The flag or pennant patterns are probably one of the easiest patterns to trade. It is a trend continuation pattern which is a result of a market expansion phase followed by a retracement with a strong potential for another momentum expansion. The “pole” of the flag is formed by the expansion phase, while the body of the flag is formed by the retracement or contraction. What usually follows after such a contraction or retracement is another expansion phase in the direction of the previous trend.

Super Trend is a trend following technical indicator which is based on the average movement range of price.

One of the ways traders identify trends and trend reversals is by looking at how price is moving during retracements compared to the average movement range of price. For the most part during a trend, price would move in the direction of the trend. Noma kunjalo, there are also minor reversals or retracements that occur within a trend. If the reversals are short, then the trend is still in place. Noma kunjalo, if price reverses significantly longer compared to its average range, then the trend might already be reversing.

This is the same concept behind the Super Trend indicator. It marks a line on the price chart which shadows the movement of price action. This line is based on the average movement range of price. The line is also plotted opposite the direction of the trend. If price reverses back towards the line and closes on the opposite side of the line, the Super Trend indicator will detect a trend reversal and shift the line to the opposite side of price action.

Looking at how the AO is computed, one could say that is based on the crossover of a modified moving average. The difference is that the AO is an oscillator which indicates trend direction and trend strength.

Ku-Oscillator Awesome, trend direction will be based on whether the bars are generally positive or negative.

Ngokushesha lapho sikhomba isiqondiso sethrendi, we could start observing for flag patterns to form. Flag patterns would usually form as a retracement towards the Super Trend line right after a strong momentum move in the direction of the trend.

Trades are taken as soon as price breaks out of the body of the flag pattern in the direction of the trend. 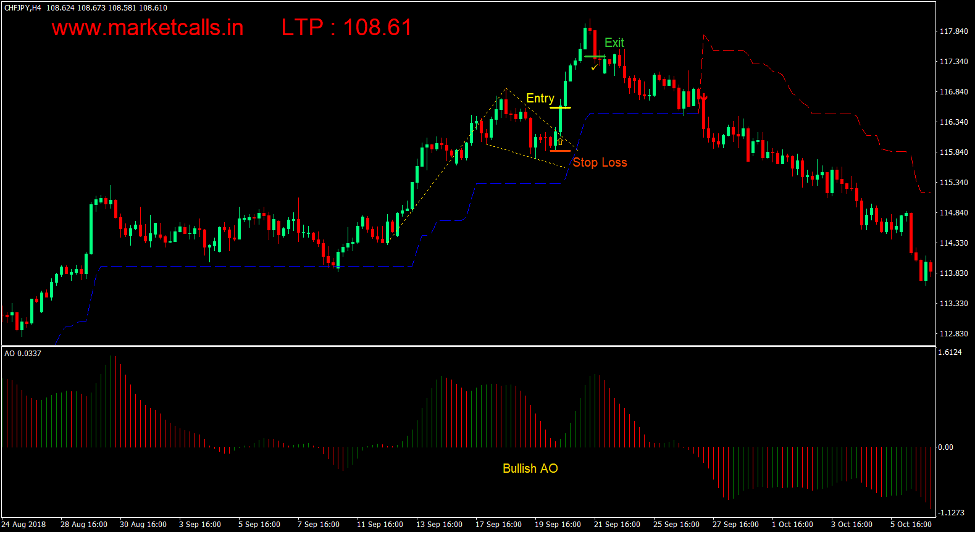 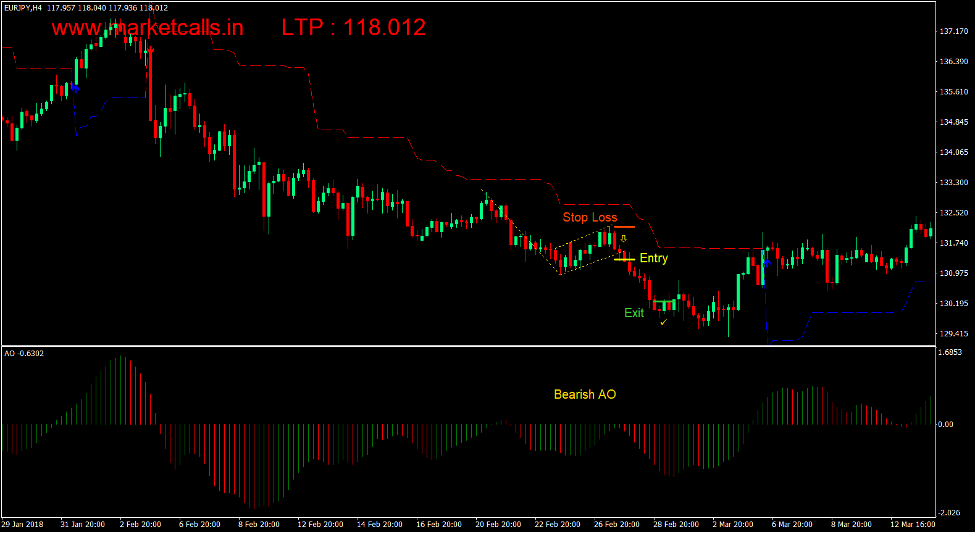 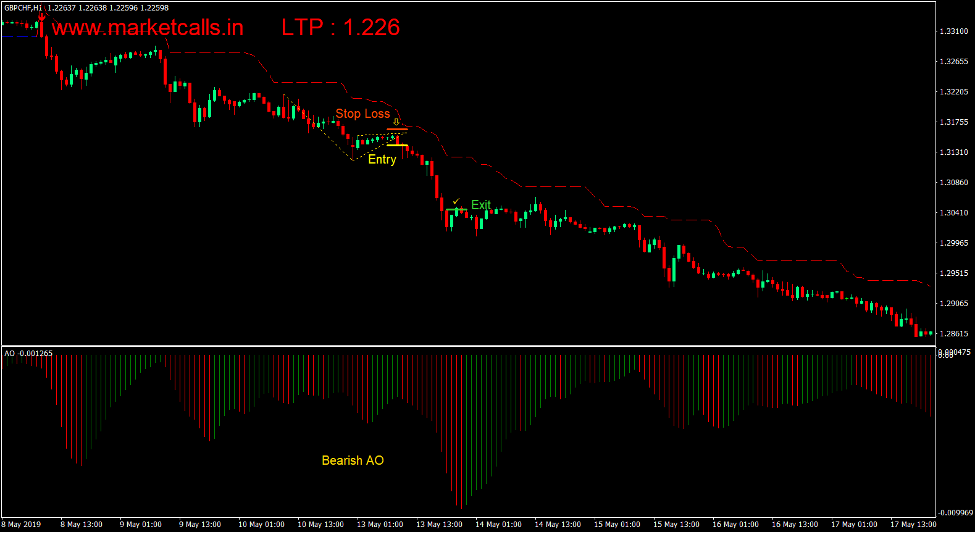 This strategy is a working trading strategy. Traders can easily make profits consistently using this strategy.

The key to trading this strategy well is with the trading psychology of the trader. This is because price action is very subjective. Traders who are too greedy would often hold to a trade even if there is already clear reversal pattern hoping that the trade would produce more profits. Ngokwesinye isandla, traders who are too fearful would exit the trade too early even though there is still a potential for more profits based on price action. Traders who can master reading price action and avoid making wrong judgements due to fear and greed can easily profit using this strategy.

Super Trend Flag Forex Trading Strategy provides an opportunity to detect various peculiarities and patterns in price dynamics which are invisible to the naked eye. 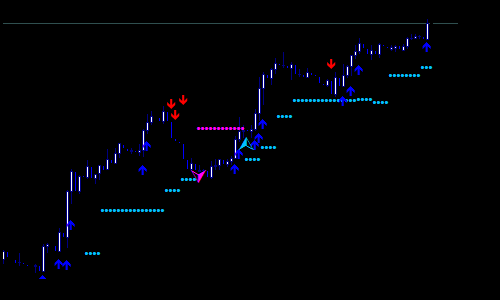