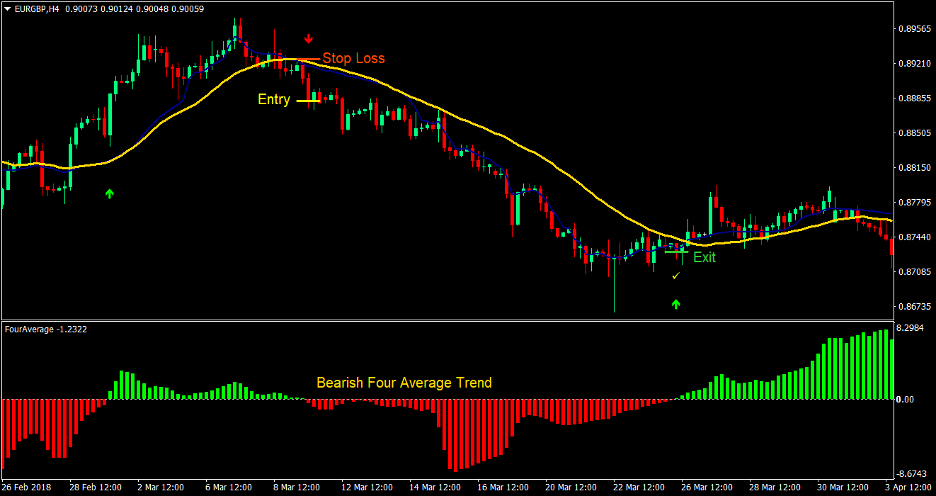 The Four Average Cross Forex Trading Strategy is based on the confluence of signals using the crossover of the FRAMA indicator and a 28-period Simple Moving Average (Isikolo sebanga eliphezulu), and the signals produced by the Four Average Indicator. 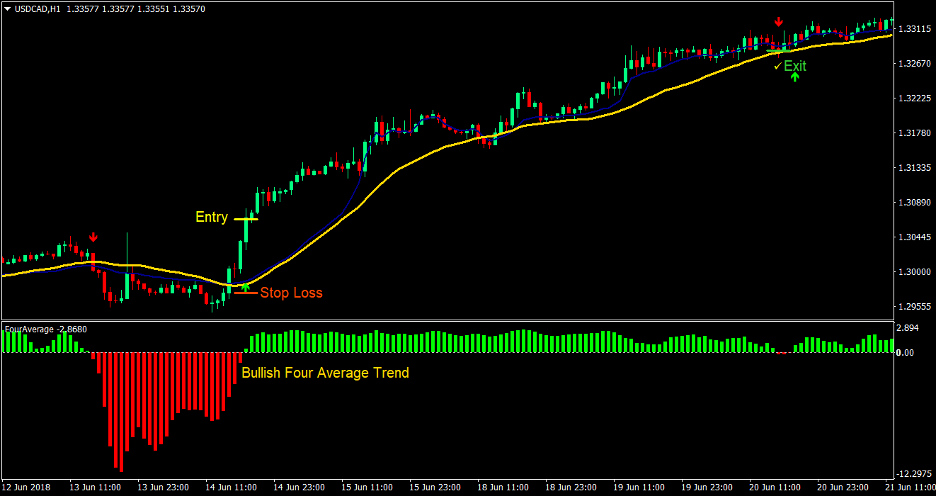 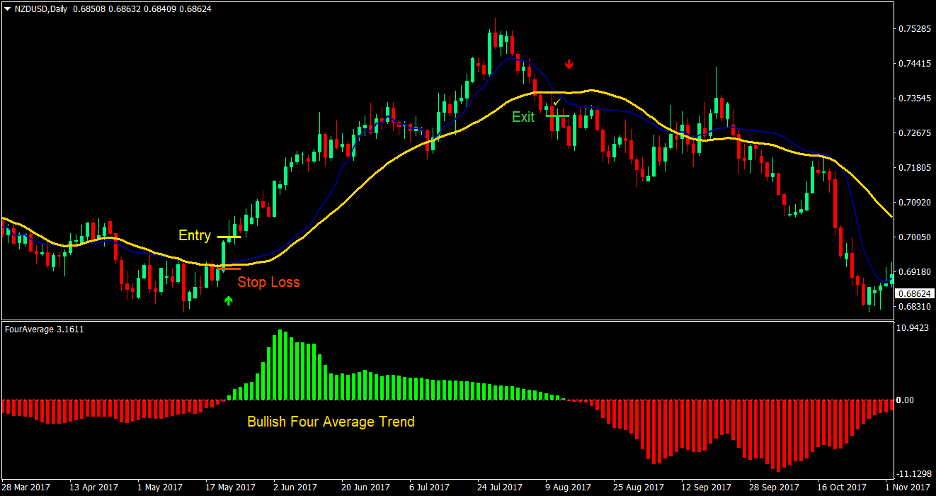 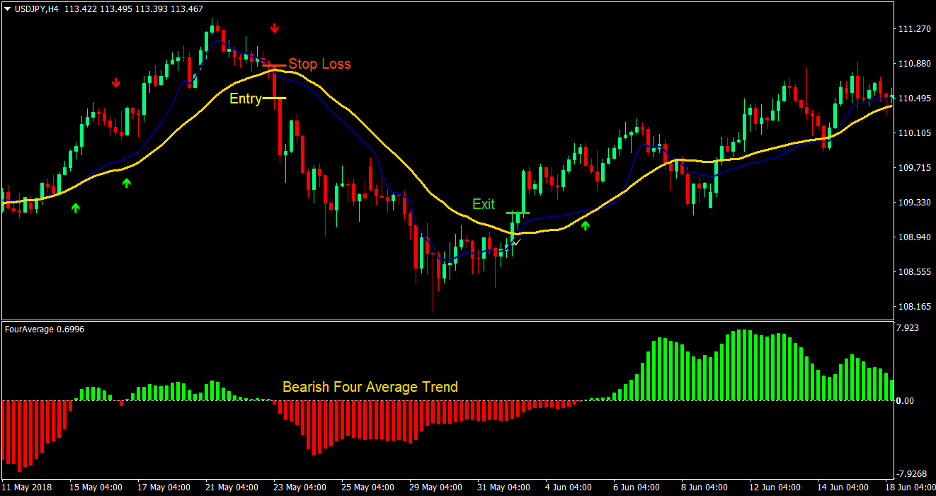 This trend following crossover strategy is one which allows traders to make use of high probability trend indicators as a basis for entries. Ngokwenza kanjalo, trade setups with lower probabilities tend to be filtered out. 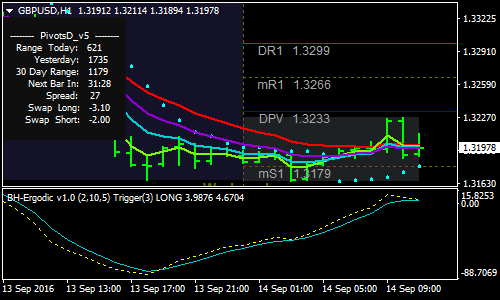