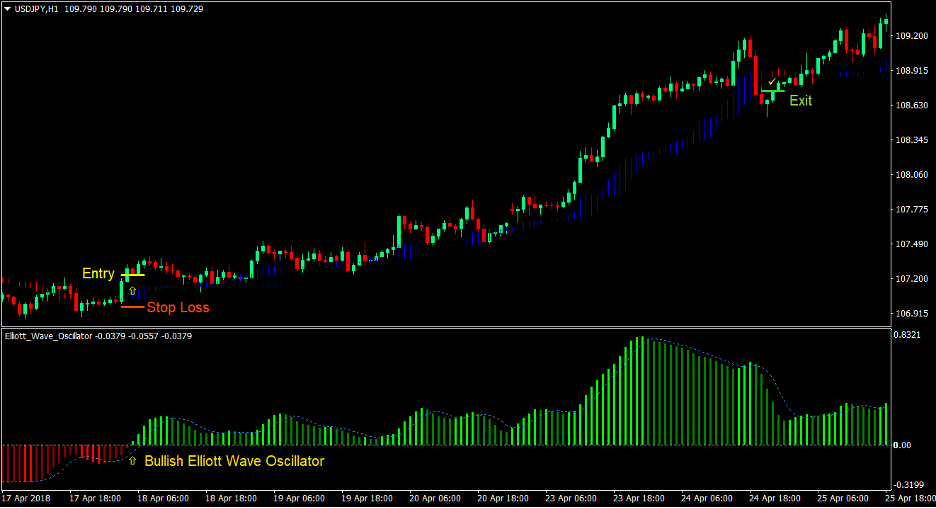 The market is often very chaotic and unpredictable. This is especially true with the forex market. The forex market is one of the most volatile markets and could move in any direction any time. Nokho, there are some traders who have found a way to anticipate market movements.

There are several ways on how to read and predict market movements. One of the more popular methods is by using the Elliott Wave Theory.

The Elliott Wave Theory is a technical analysis method which many traders use in order to anticipate market movements. The idea behind this method is that the market forms the same type of patterns repetitively. These patterns consist of waves wherein price would push to a certain direction for a period before it retraces and pushes back again. After several waves, price would typically reverse.

The Elliott Wave Oscillator is a custom indicator which aids traders in identifying waves as well as the general direction of the trend.

It indicates waves and trends by showing the difference between two Simple Moving Averages (SMA). The difference is then displayed as a histogram.

The Trend Manager indicator is a momentum-based custom indicator which aids traders in identifying trend direction.

This trading strategy provides trading signals based on the confluence of the trend reversal of the Elliott Wave Oscillator and the Trend Manager indicator.

The Elliott Wave Oscillator provide a longer-term view of the trend based on whether the histograms are positive or negative.

The Trend Manager indicator on the other hand provide a shorter-term perspective compared to the Elliott Wave Oscillator based on the changing of the color of its bars.

Traders could then ride the new trend up until one of the indicators would indicate a possible reversal. This would typically be the changing of the Trend Manager indicatorâ€™s color. 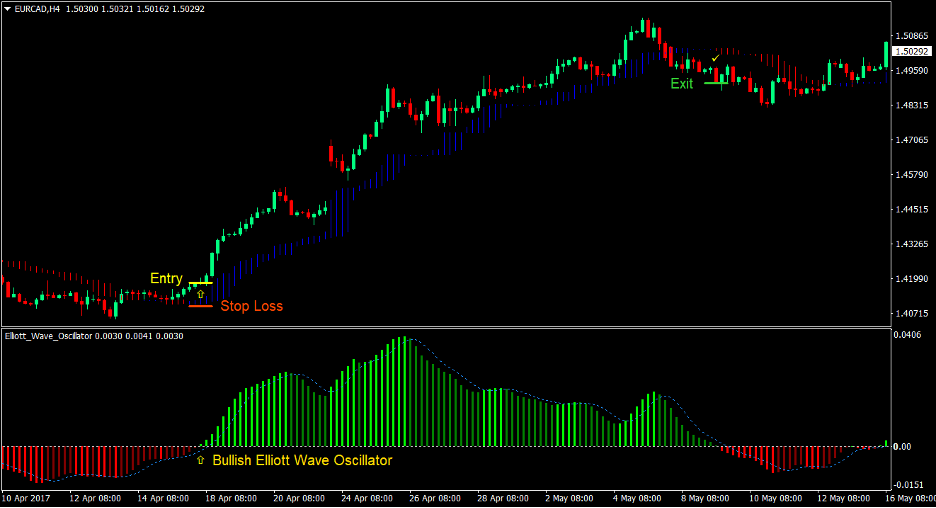 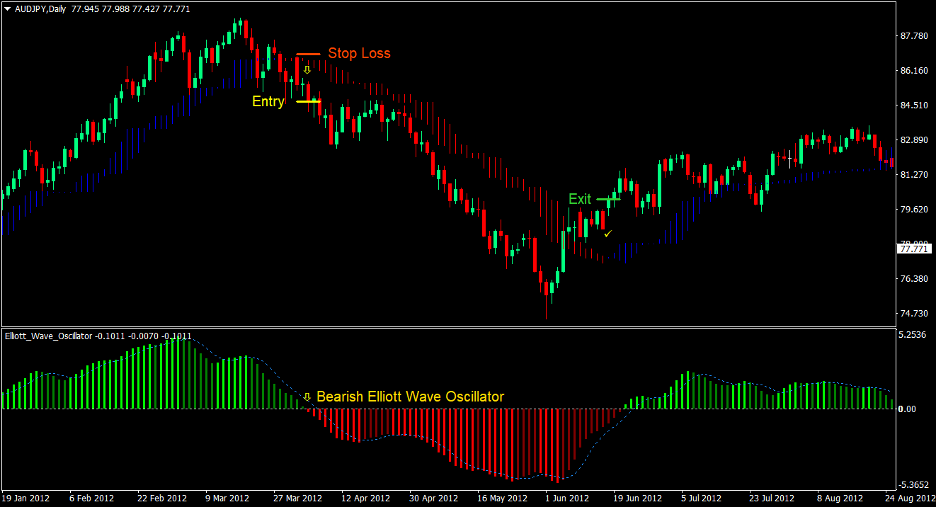 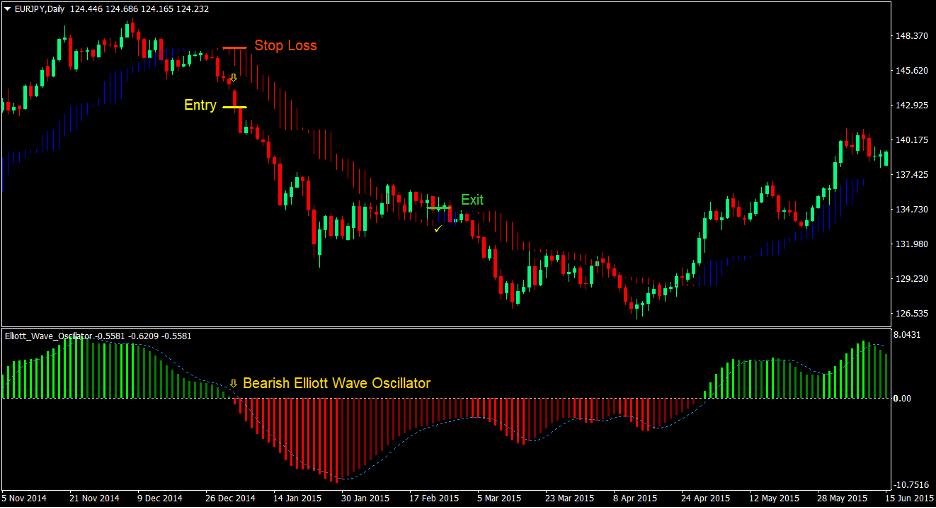 This trading strategy works best on a trending market environment and potential trend reversal setups. In such conditions, long-term trends could take shape allowing traders to earn as much as 5 times their risk on a single trade.

When trading trend following strategies with an open-ended profit target, it is important to pair the strategy with a skill in trade management. Traders should trail the stop loss at a comfortable distance.

Elliott Wave Oscillator Forex Trading Strategy provides an opportunity to detect various peculiarities and patterns in price dynamics which are invisible to the naked eye.