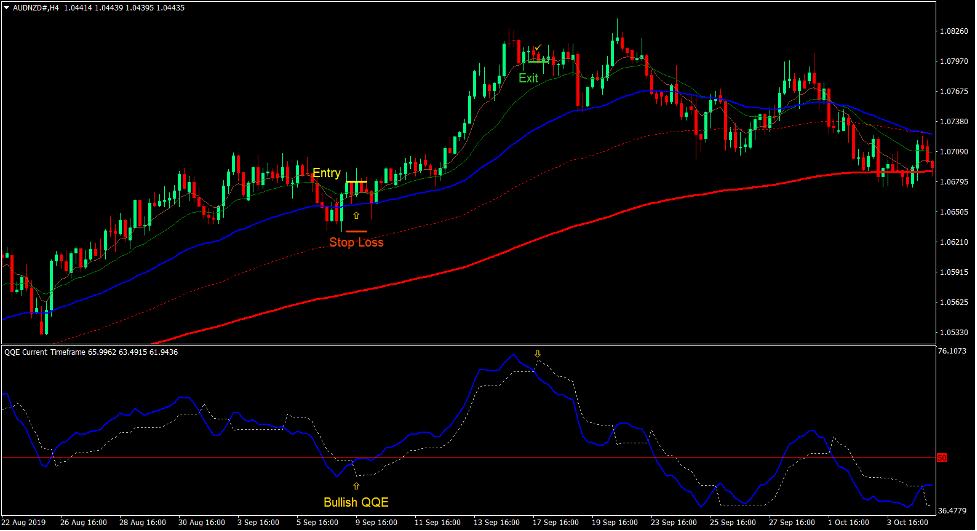 The QQE is an oscillator type of technical indicator. It plots two lines which oscillate around zero. The solid blue line is the main QQE line, while the dotted line is a signal line. Imigqa emihle ngokuvamile ikhombisa ukuchema kwe-bullish, while negative lines indicate a bearish trend bias. 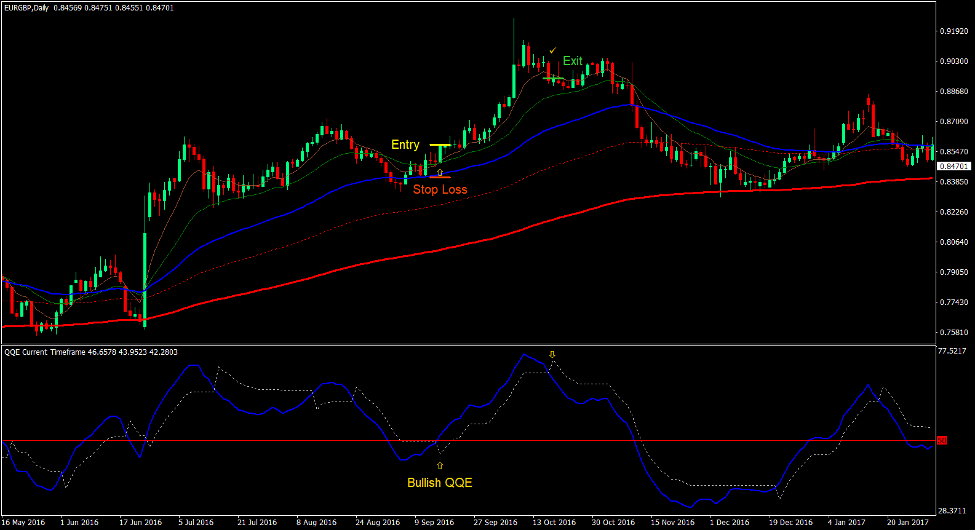 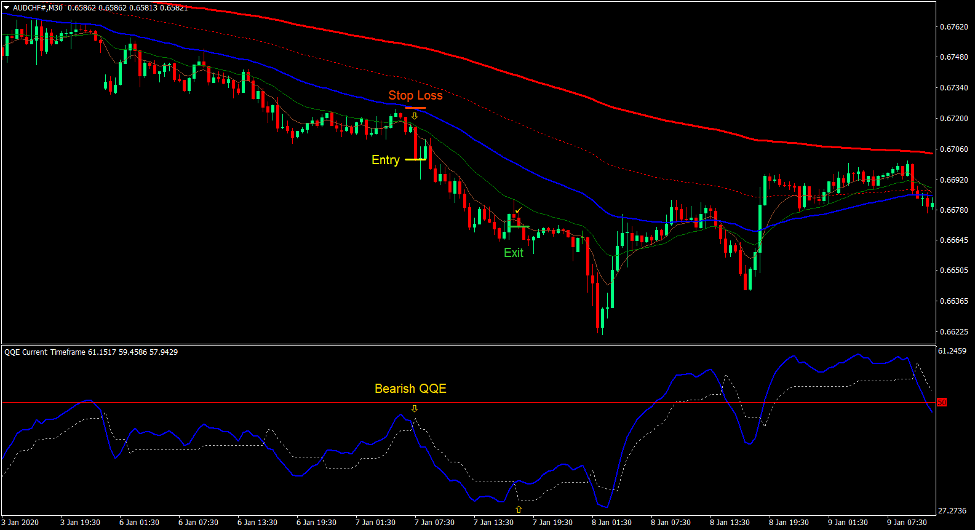 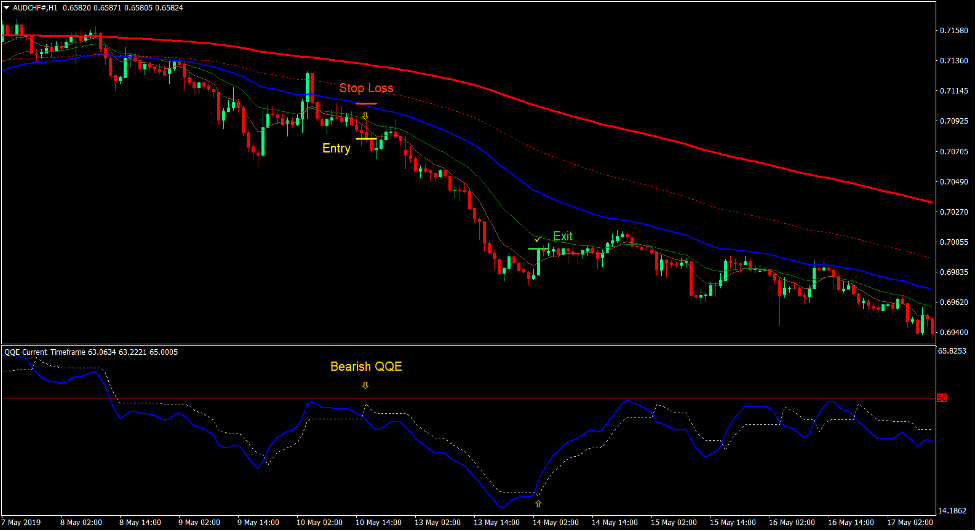