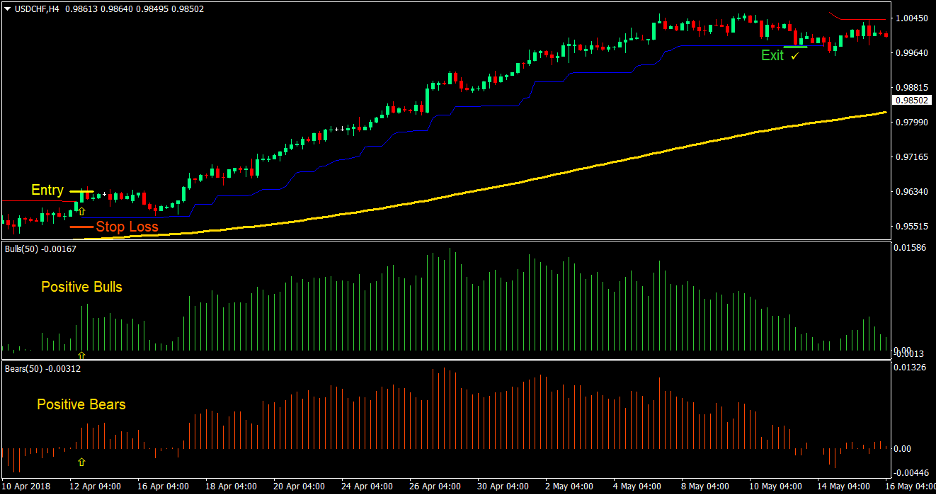 Trading the markets is all about sentiments. It is about human nature and the psychology of the crowd. Whether it be stock trading, igolide, uwoyela, yezimbiwa, cryptocurrencies or forex. There will always be those who are optimistic about a certain commodity and those who are pessimistic about it. They are called the bulls and the bears. Whoever proves to be stronger at a certain period would win. njengoba abahwebi, it is not our job to guess which way the market is going. Our job is to get a feel of the market. Who is currently stronger? Is it the bulls or the bears?

The Bulls Bears Stop Forex Trading Strategy is a trading strategy centered around the idea of determining market sentiment. This strategy aims to profit from the forex market by objectively gauging the strength of the bulls and that of the bears. This gives us an indication which direction we should be taking in order to profit consistently from the forex market. As long as we have an idea which way the market wants to go, then the battle is half done.

The Bulls and Bears indicators are indicators which attempts to measure the strength of the Bulls and the Bears in a market. Ngokwenza kanjalo, we get to have a feel as to where the market is heading based on their respective strengths.

The Chandelier Stops indicator, also known as the Chandelier Exits, is a trailing stop indicator which assists traders in pinpointing the ideal placement of stop losses. It is much like the Parabolic Stop and Reverse indicator (PSAR) however it is a simpler version of it.

This trading strategy is a market sentiment strength-based strategy that attempts to determine the trend based on the strength of the Bulls and the Bears. It does this by using the Bulls and Bears Power indicators.

Okokugcina, although the above entry signals are of high quality, we will still be filtering out trades that are going against the grain of the long-term trend. Ukuze wenze lokhu, sizobe sisebenzisa i-200-period Exponential Moving Average (UMAMA). This moving average is a widely used long-term trend indicator. Trades should only be taken if the other three indicators are in agreement with the 200 UMAMA. 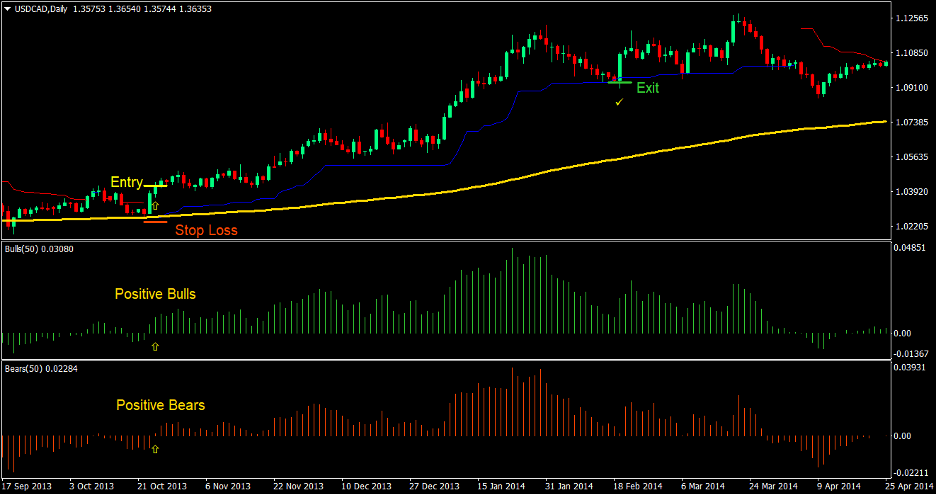 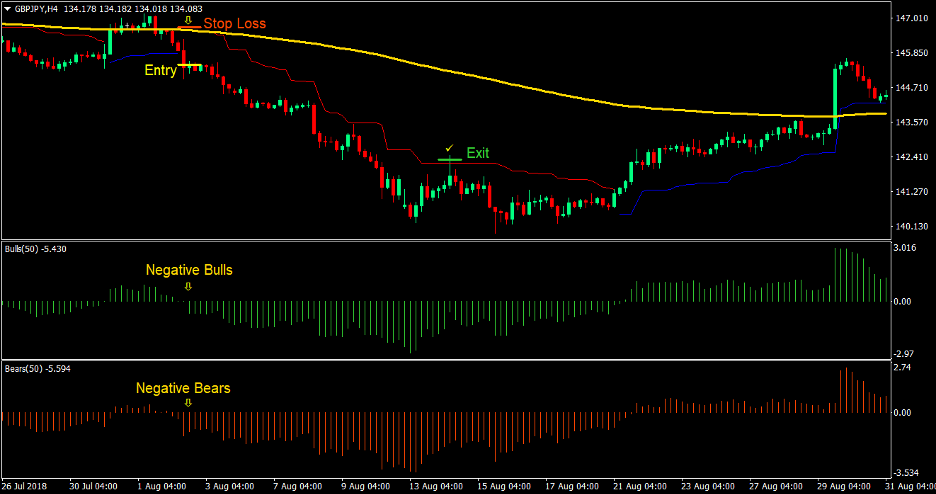 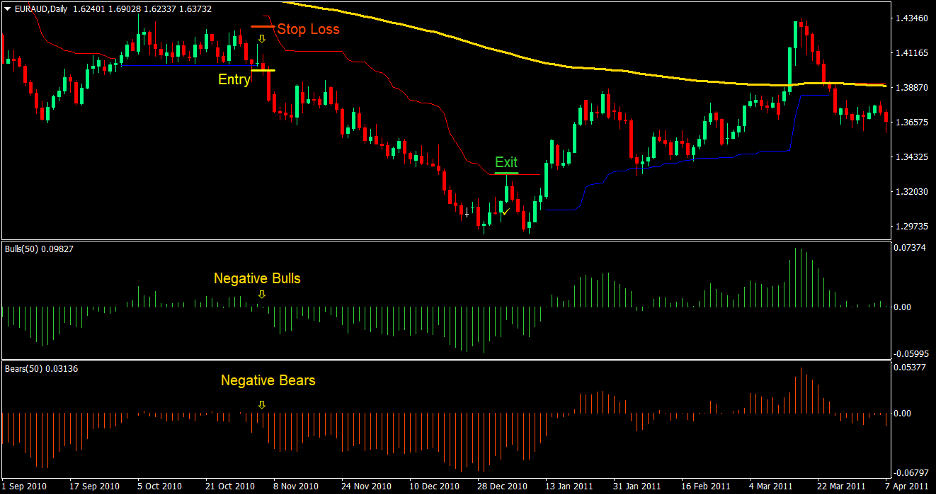 This trading strategy is a decently profitable trading strategy. It has a fairly decent win rate due to the fact that the trend is based on market sentiment and that trades are filtered in order to align with the long-term trend. Ngokwenza kanjalo, we are taking trades that are more likely to trend in the direction of our trade because there are lesser dynamic support and resistances that the trades have to overcome. This trading strategy also has a fair reward-risk ratio which could go up from 2:1 uku 4:1 depending on the market condition.

Bulls Bears Stop Forex Trading Strategy provides an opportunity to detect various peculiarities and patterns in price dynamics which are invisible to the naked eye.