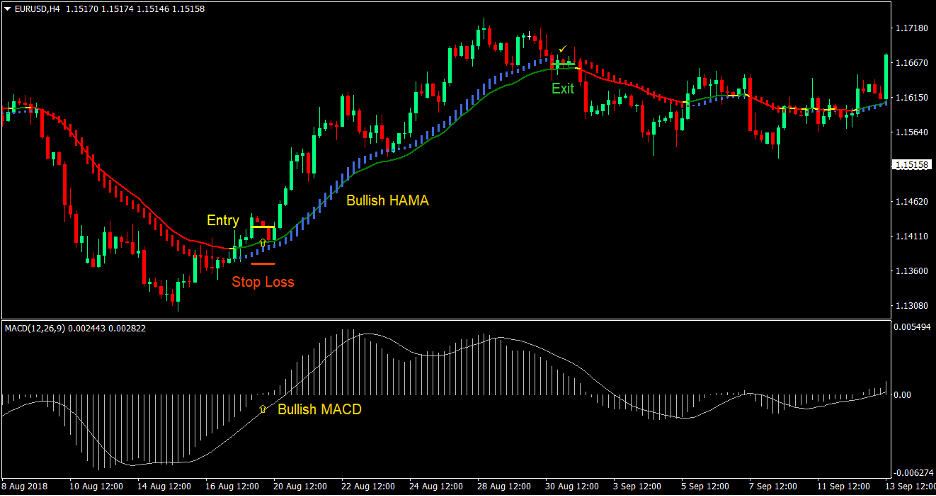 The MACD also has a third moving average, the signal line, which is usually a Simple Moving Average (SMA). This signal line is then compared to the histograms. Trade signals are also generated based on the crossing over of the histograms and the signal line. This works especially well when the signal occurs far from the midline as this may indicate an overbought or oversold market condition, which could cause market reversals.

The Heiken Ashi Moving Average (HAMA), also known as Heiken Ashi Smoothed, does not represent the candlesticks. Yerine, it represents an Exponential Moving Average (ANNE). It does this by printing candlesticks that change colors based on the direction of the moving average. If you would examine the HAMA visually, you would notice that it works well in indicating trends. It tends to be smoother and more accurate compared to other trend following indicators.

This strategy is a trend following strategy which based on two high probability indicators that work on the mid- to long-term trends. The MACD and the HAMA both work well in determining trend directions. ancak, when used as standalone indicators, you would find that it does have some errors from time to time. Using these two complimentary indicators together increases the probability of a successful trade. 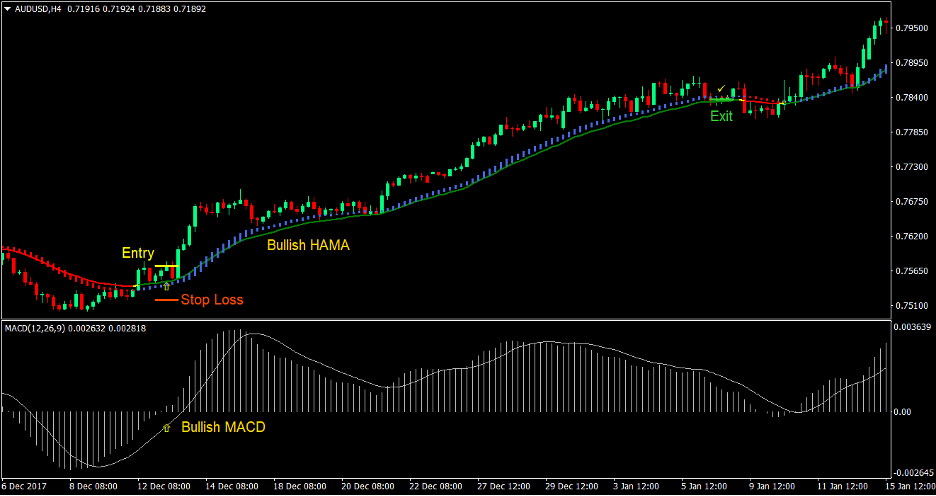 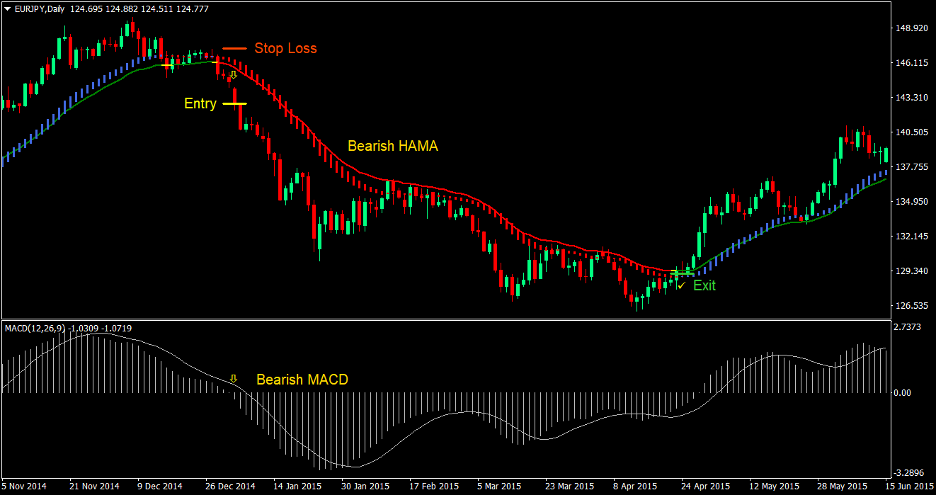 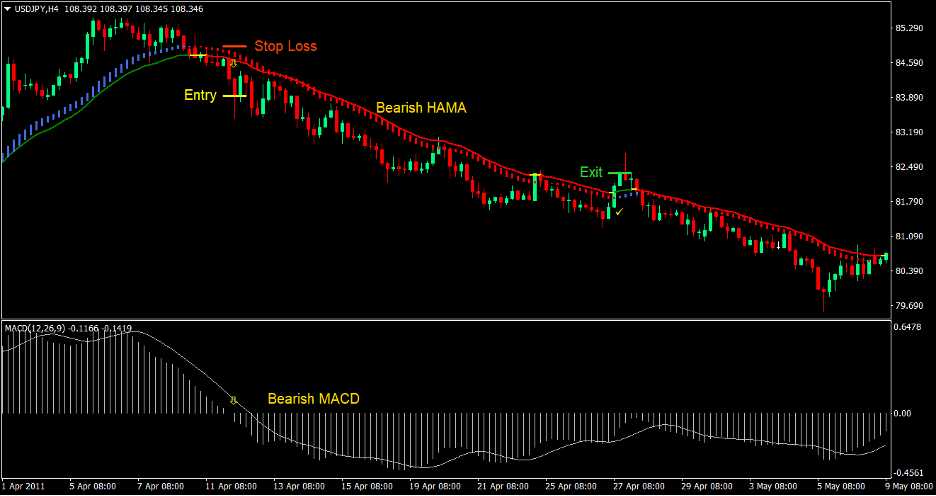