The two main psychological reasons why traders make mistakes are fear and greed. Many traders would agree that they made mistakes usually because they fail to cash in on good profits because of greed. I tend to make these mistakes often. Gayunpaman, on the flip side, traders also miss out on very big opportunities because of fear.

One example of traders missing out because of fear is when they avoid trading the market even when there is a clear strong trend occurring. Traders are often warned not to chase prices, yet often they take to the extreme, to the point of not trading even when opportunity is staring at them. They would freeze and not make any decisions because they fear that they might be entering the market at the end of a good trend. Tapos, the market continues further, and they end up kicking themselves for not taking the trade.

The MACD is a staple technical indicator which is one of the most popular oscillators used by traders. It identifies the direction of the trend by subtracting the value of an Exponential Moving Average (Ema) from a faster moving EMA line. The result is then plotted as histogram bars or as a line which oscillates around zero, which is called a MACD line of bars. Tapos, another line is plotted on the same window, na isang Simple Moving Average (Mataas na paaralan) of the MACD bars or line. Trend directions and trend reversals are then identified based on the values of the lines and bars, as well as the crossing over of the MACD and the signal line.

Another type is the horizontal support or resistance line. These are usually based on swing highs and swing lows and are extended to the end of the chart. madalas, if you would look at historical price movements, price would have bounced off these areas several times.

Sa diskarteng ito, the dynamic area of support or resistance is based on the 12-period and 24-period Exponential Moving Average (Ema). 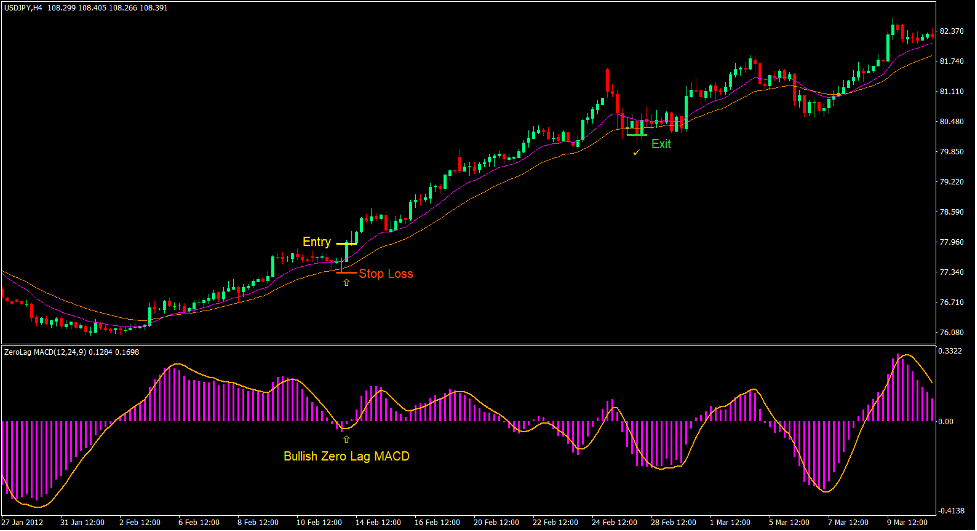 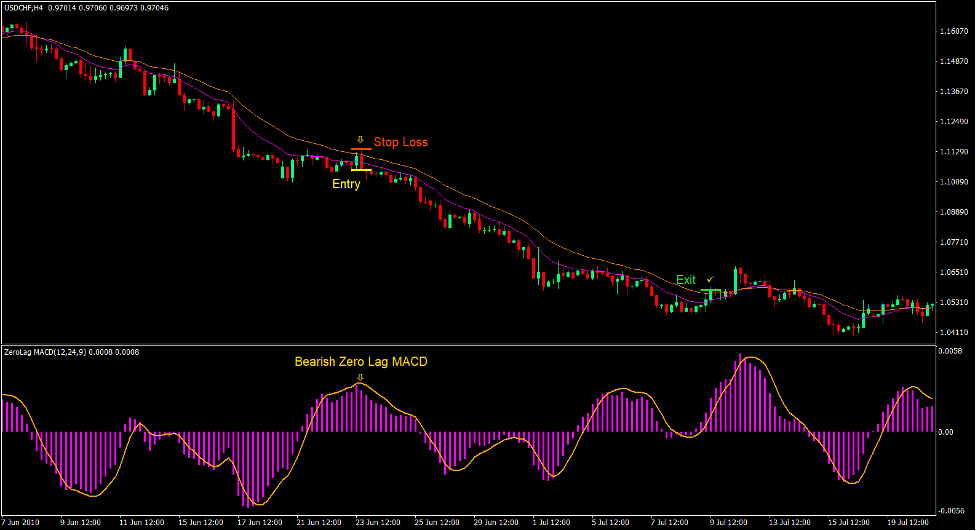 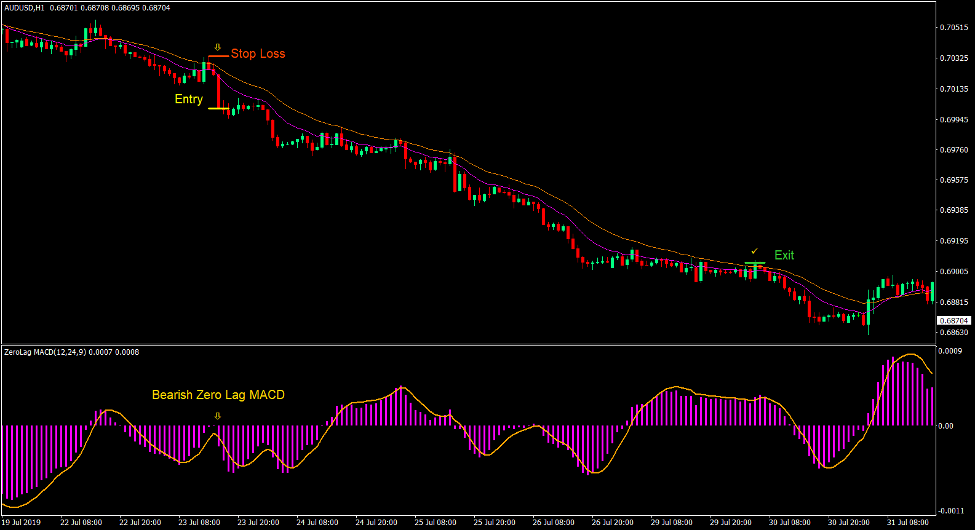 Gayunpaman, fear and greed would still come into play because traders would still find it very difficult to pull the trigger fearing that it might be the end of a trend. Greed would also cause traders to take too many trades late in the trend even if it already seems overextended.

madalas, strong trends would give traders around two or three good opportunities. Gayunpaman, there are times wherein the trend is so strong, price would move in one direction on the first bounce making it too overextended for the succeeding bounces. There are also times when the trend would last very long providing traders more than four or five good trade opportunities.

Zero Lag In and Out Forex Trading Strategy is a combination of Metatrader 4 (MT4) tagapagpahiwatig(s) at template. 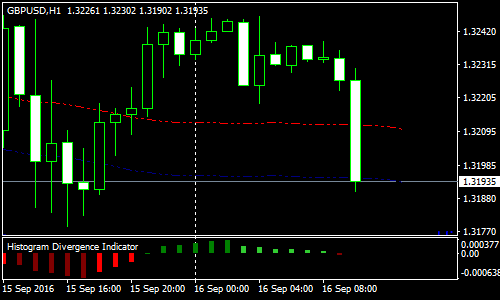