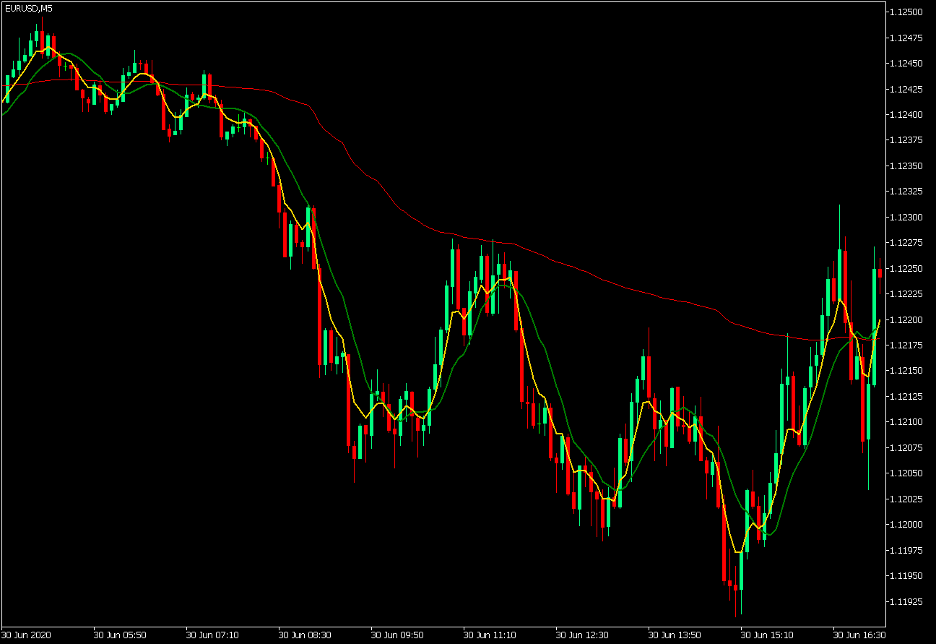 Intraday trgovanje ili dnevno trgovanje je verovatno održiv način za trgovanje forex tržištem. Many new traders are drawn to it because of the perceived thrill of making quick money on short-term trades. До неке мере, this has some truth in it. It is not uncommon to hear of millionaire traders making $10,000, $50,000, чак и $100,000 or more in a single day. This sounds exciting. Међутим, it is also not uncommon to hear of new traders losing their fortune in just a single trade.

Day trading in itself is not what is risky. It is the trader’s attitude towards risk and the tendency to overtrade even when the market is clearly not moving in your direction. It is further aggravated by the fact that many new traders do not have a clear plan as to how to day trade the forex market. Many even do not have the slightest idea which direction they should be trading when in fact this should be the first question they should answer.

Another way many professional traders would identify and isolate trade direction is through the use of long-term trend indicators. This simplifies the process as trades would be filtered out based on the indicator on the chart.

Let us look into how we could make use of the VWAP as a means to isolate trade direction for an intraday trading setup.

Volume Weight Average Price is a type of trend indicator which many professional traders use. Као што име сугерише, it provides information regarding the average price a security, currency pair, or other tradeable instruments traded at throughout the day, while considering the volume traded at different price levels. 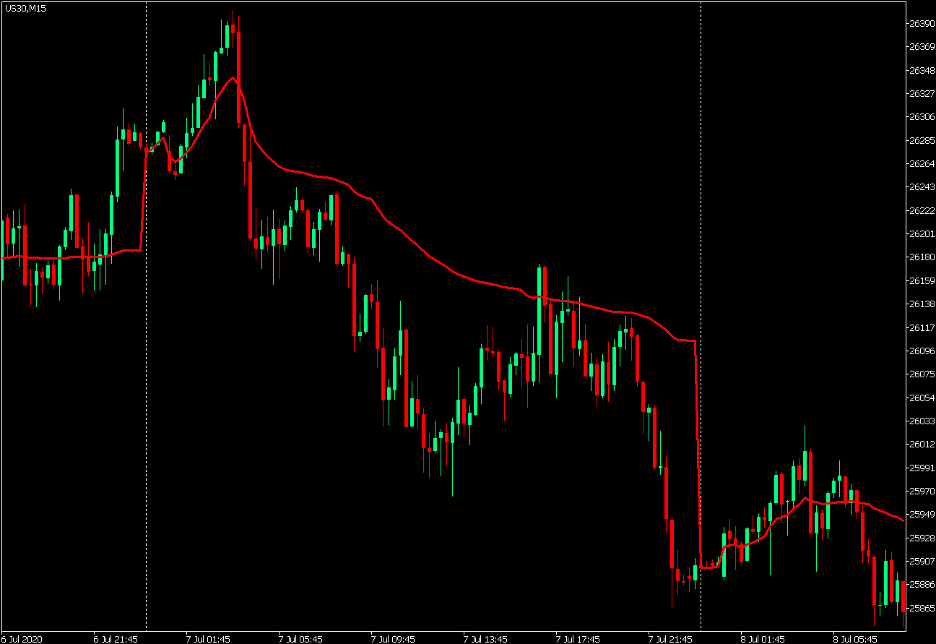 Although the VWAP seems to be just the same as a moving average, the VWAP does have a clear advantage. Given that the VWAP incorporates volume in its computation, it is a much more precise representation of the average price traded.

Some traders use it as an area of dynamic support or resistance. Traders would trade bounces off of the VWAP in the direction of an established trend. The closer the bounce is from the VWAP, the higher the probability of the trade.

Another thing to note when using the VWAP, it is best to use the “real volume” as the basis for the VWAP. Међутим, most retail brokers that use MT4 or MT5 do not provide this access. If this is the case, we could use the next best thing, which is the tick volume.

Moving Average Crossovers is a type of trend reversal trading strategy which is very popular among traders. заправо, this is probably one of the first types of trading strategies most new traders would come across with. This is probably due to the fact that it is very simple to follow and it does make sense.

Међутим, moving average crossovers have fallen out of favor with many traders. This is probably because some traders would blindly follow moving average crossover signals thinking that they would come up profitable over the long run using only the crossover as a trade basis. This means they are not considering the fact that they may be trading against strong established long-term trends, higher timeframe momentum, or strong support and resistance levels that have to be breached.

One way to trade moving average crossovers would be to trade it in the direction which agrees with the long-term trend. This should also be counterbalanced with the consideration that the security or currency pair is not yet overbought or oversold in the direction of the trade.

овде, we will be using the 5-period Simple Moving Average (СМА) and 10-period Exponential Moving Average (EMA) as the basis for our short-term trend signals, which we will be trading with the confluence of the trend bias indicated by the VWAP. 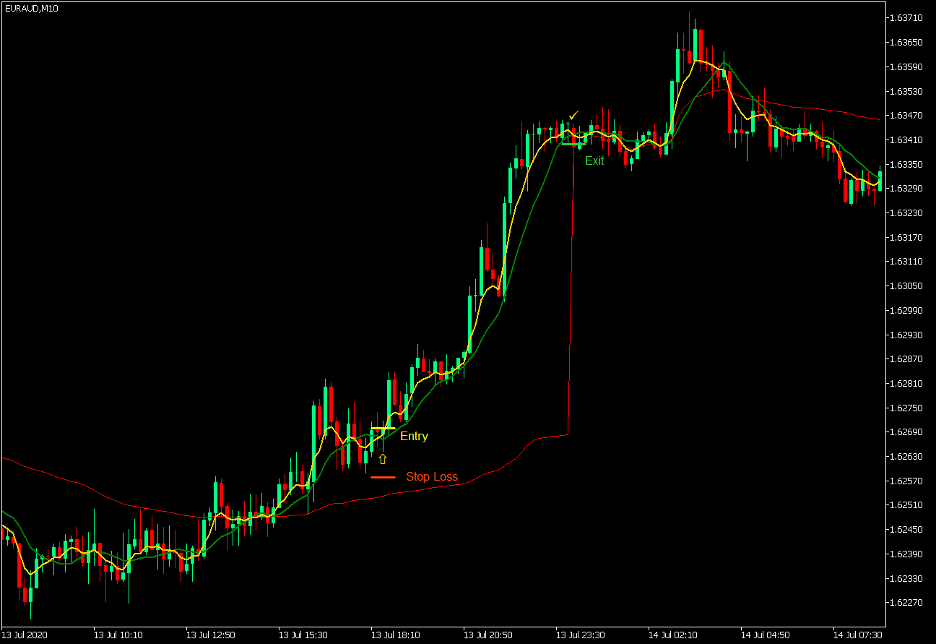 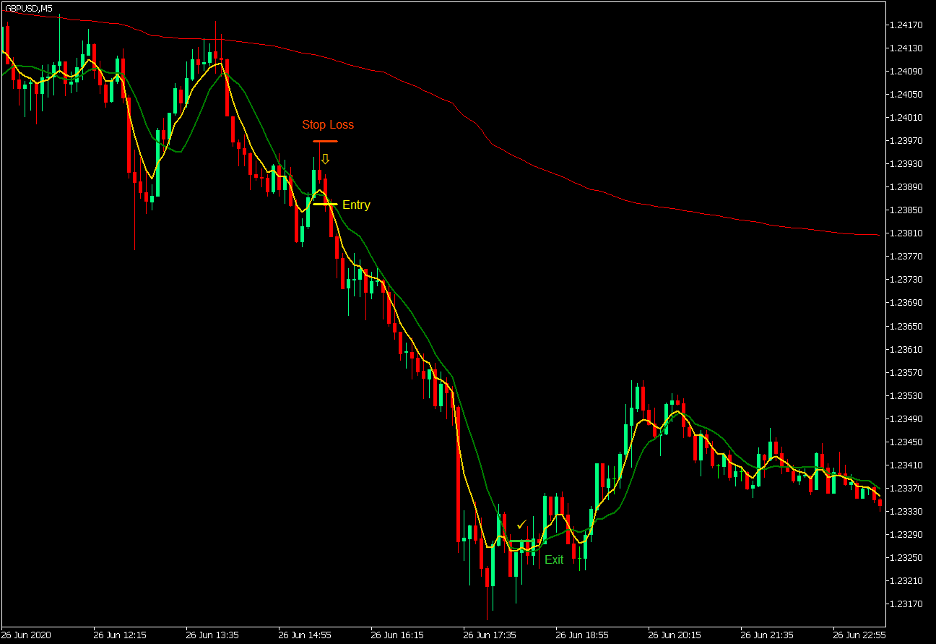 As a day trading strategy, it is best to use this indicator on timeframes below 15-minutes.

Volume Weight Average Price Intraday Direction Filter and Crossover Strategy – MT5 provides an opportunity to detect various peculiarities and patterns in price dynamics which are invisible to the naked eye.

*Beleške: Not all forex strategies come with mq5/ex5 files. Some templates are already integrated with the MT5 Indicators from the MetaTrader Platform.