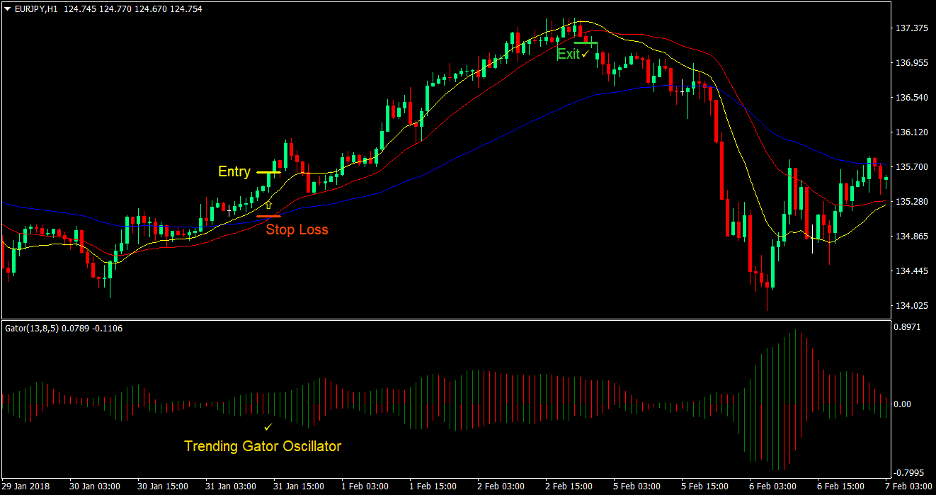 There are many ways to anticipate price changes. Some traders trade momentum and trend continuation strategies. Others trade mean reversals based on overbought and oversold market conditions. Some trade trend reversals either through patterns, indicators or a crossover of moving averages. There are many ways to profitably trade the market. Vendar, there is also a way to anticipate market movements with easily while increasing a trader’s accuracy. This is through technical indicators.

Technical indicators aid traders in the trading process by giving them a clearer picture of what the market is doing. This allows traders to anticipate the market’s next move with better accuracy.

The DEMA Gator Trend trading strategy is a strategy that makes use of high probability technical indicators, which allows them to profit from the market more consistently.

The DEMA is unique compared to the usual moving averages because it tends to reduce lag better, which is the weakness of most moving averages. It removes lag by using multiple Exponential Moving Averages (MATI), making it more valuable as a moving average indicator.

The Gator Oscillator is an oscillating indicator developed by one of the most popular traders Bill Williams. This indicator is part of a set of indicators which he uses for his trading strategy.

The Gator Oscillator is a unique kind of trading indicator as it is able to measure trend strength. It does this by printing vertical lines on its own window, which changes colors whenever it detects a change in trend strength.

This indicator proposes four market phases: sleeping, awakening, eating and sated. The initial market phase, which is the sleeping phase, pertains to when the market trend is still weak. The indicator shows this by printing a solid red line. potem, as the market starts to awaken, the line then becomes divided into two colors, red and green. After the awakening phase is the eating phase. V tej fazi, the market tends to be trending strongly or is confirming the start of a trend. V tej fazi, the indicator starts printing a solid green line. Nazadnje, after the eating phase is the sated phase. This is the phase when the trend starts to cool down. This is depicted by a line with a red and green color.

The entry signals should also be in confluence with the eating phase of the Gator Oscillator, which is indicated by a solid green line. 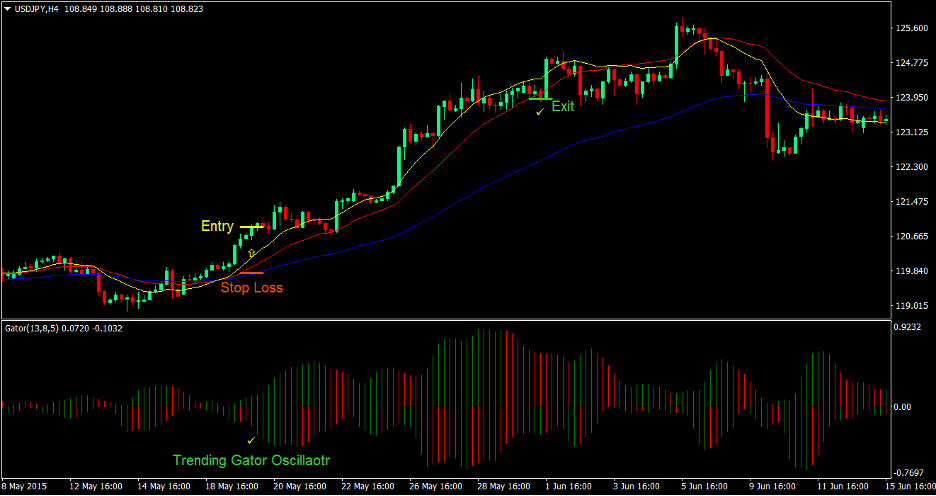 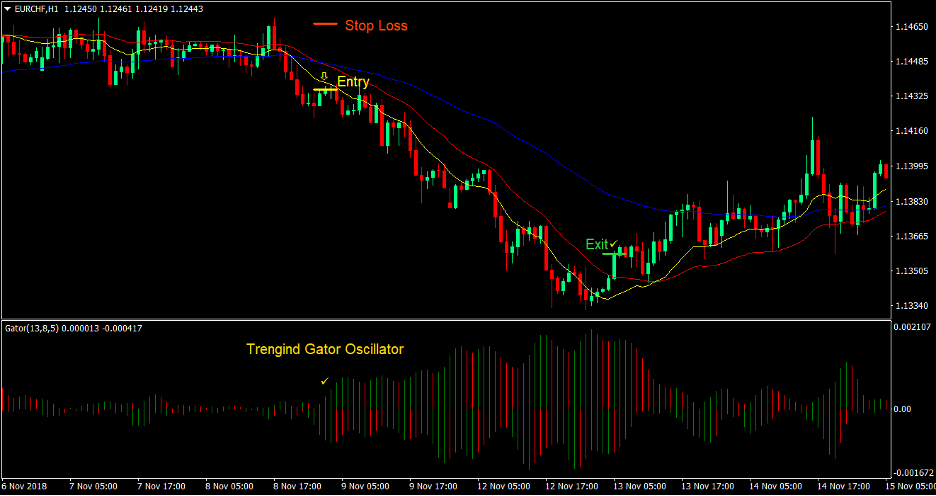 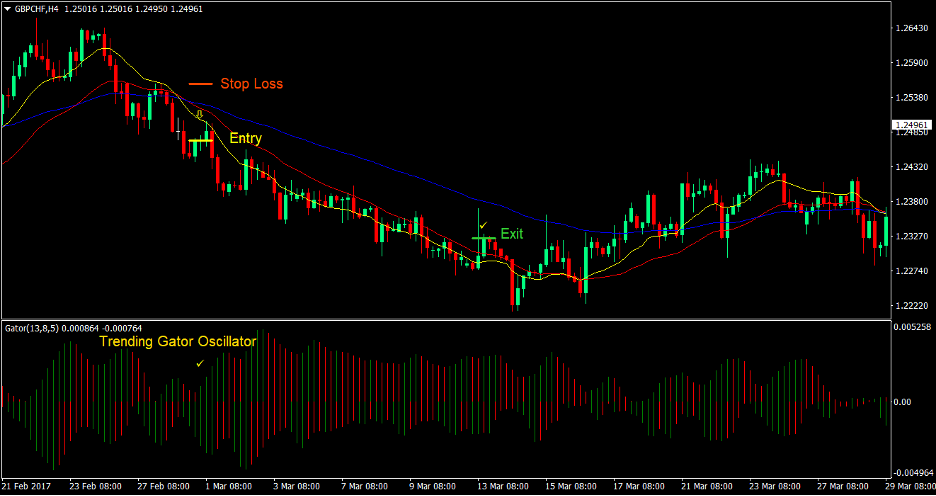 This trading strategy is a working crossover strategy which allows traders to earn profits from the market during strong trending market phases.

DEMA Gator Trend Forex Trading Strategy provides an opportunity to detect various peculiarities and patterns in price dynamics which are invisible to the naked eye.