There are two different types of trading strategies that lie on opposite sides of the spectrum. One is a continuation type of strategy, while the other is a reversal type of strategy. Just by how they are called, you would intuitively understand that they are complete opposites. One trades in the same direction as the most recent trend or momentum, while the other trades on an anticipation of a reversal from a prior trend or momentum.

Continuation type of strategies, such as trend following strategies, tend to have the advantage of having a high win probability. This is natural because we are not fighting against the trend or momentum hoping to catch the bottom or the high.

Reversal type of strategies on the other hand have the tendency to produce trades with relatively high risk-reward ratios. This is because if the trend or momentum does reverse, that would mean we have made a trade at the beginning of the new trend or momentum pulse.

What if we could trade with the trend while still trading a reversal type of strategy. Yes, it is possible that these two opposing types of strategies can be combined into one strategy. This is because the market is a series of short-term and long-term trends. We can trade a short-term reversal that agrees with the direction of the long-term trend.

If you would observe how the market moves, you would notice that it moves in a series of waves. These waves have swing highs and swing lows which form the peaks and troughs of a wave. Oscillator type of indicators tend to mimic the movement of price action while plotting the oscillations in its own oscillator window. As such, oscillators also create peaks and troughs as it mimics the movement of price action.

Divergences are market conditions wherein there is a discrepancy with the height or depth of the peaks and troughs between that of price action and that of its corresponding oscillator indicator. It has been observed that these divergences tend to be followed by a strong reversal. As such, many traders have used divergences as a basis for a reversal type of strategy and many have found success doing this type of strategy.

Below are the different types of divergence patterns.

Among these different types of divergences, the Hidden Divergence is one which is very interesting. This is because this type of divergence tends to occur as a trend continuation signal right after a deep retracement. The discrepancy occurs whenever the peak or trough on the oscillator tends to be exaggerated while the peak or trough formed on the price chart tends to be shallow since it is just a retracement.

The Moving Average Convergence and Divergence (MACD) is a widely used oscillator type of technical indicator, which is based on an underlying crossover of moving averages.

The MACD is one of those indicators that tend to work well with divergences. As such, we will be using this MACD as the basis for our Hidden Divergence setup.

The Multi Oscillator Divergence indicator is a reversal signal indicator based on the concept of divergences.

This indicator also allows traders to choose between different types of oscillator indicators, as well as the parameters of the chosen oscillator.

The 200 Simple Moving Average (SMA) line is a widely used moving average line. It is used by traders as a basis for the long-term trend.

The long-term trend direction is based on the location of price action in relation to the 200 SMA line, as well as the slope of the line. 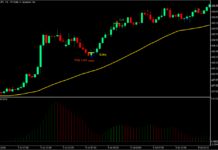 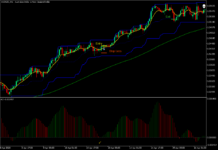 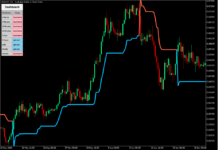 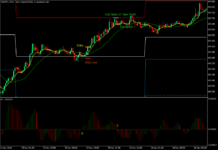 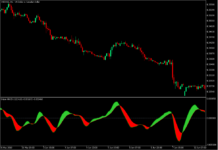 FreshForex Broker Review 2021 – Must Read! Is FreshForex a Safe...