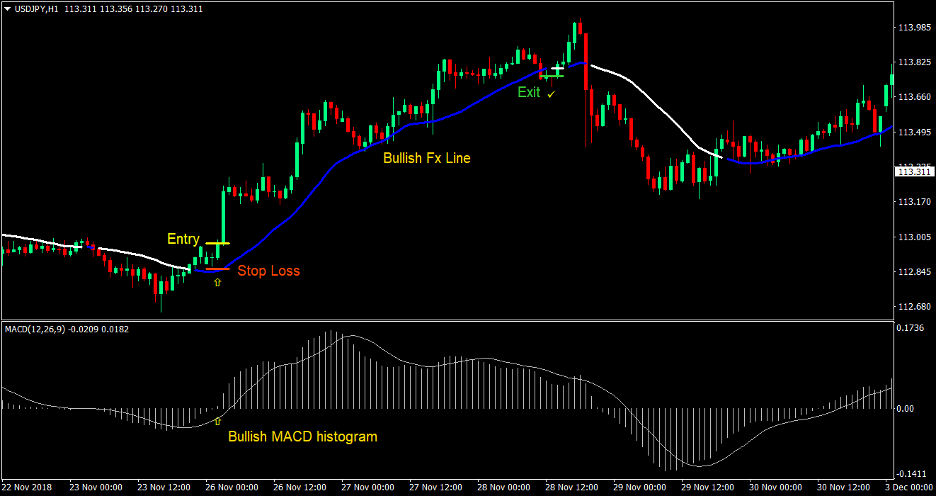 Trend following strategies are probably one of the easiest types of strategies to implement. It is rule based, enkelt å forstå, and with the right type of market, could work well for many traders.

There are many different types of trend following strategies. There are the moving average crossover strategies, some would use naked chart price action and some trendlines, while others would use technical indicators.

The MACD Fx Line Forex Trading Strategy is a custom technical indicator-based trend following strategy. This allows traders to follow and implement a trading strategy that works well on the forex markets.

The Moving Average Convergence and Divergence or MACD is a widely used technical indicator. Selv med sin enkelhet, many professional traders who have been using it have made money using MACD based strategies and technical analysis.

The MACD is an oscillating indicator which is based on three moving averages. The first two moving averages are Exponential Moving Averages (MOR) and has one EMA is faster than the other. The slower EMA is then subtracted from the faster EMA. The difference of the two is then plotted on the MACD’s chart, usually as a histogram. Deretter, another moving average is used as a signal line. This is usually a Simple Moving Average (SMA).

There are many ways to trade the MACD. One way is to use the crossing over of the either the signal line or the histogram on the midline. If using the histogram cross on the midline, the strategy would still technically be a crossover strategy since it is based on the difference of two moving averages.

The midline could also be used as a trade filter. This is because price typically goes back to the mean, the MACD would also usually go back to the midline. This is popular among mean reversion type of traders.

Deretter, there are those who use the MACD as a basis for divergences. These are the disagreements between the peaks and troughs of an oscillating indicator and the price action.

This is based on the idea that one of the ways to determine trend direction using a moving average line is based on the direction of its slope. Moving averages are considered bullish whenever it is sloping up, and bearish whenever it is sloping down. The steeper the slope, the stronger the trend. Flatter slopes on the other hand are common on choppy markets.

The MACD Fx Line Forex Trading Strategy produces trading signals based on the convergence of the MACD histogram crossover of the midline and the Fx Line’s slope direction.

Individually, these technical indicators, men ikke perfekt, could produce trades that results in high yielding trade setups. When combined together, the setups tend to have a better win rate, while improving further the yields of profitable trades. This is because trades are exited before the market fully reverses. This prevents traders from giving up much of the profit back to the market. 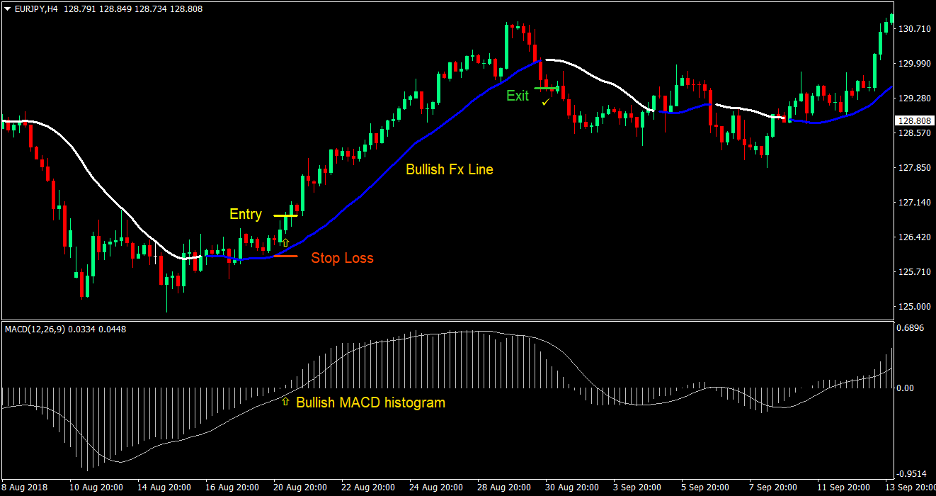 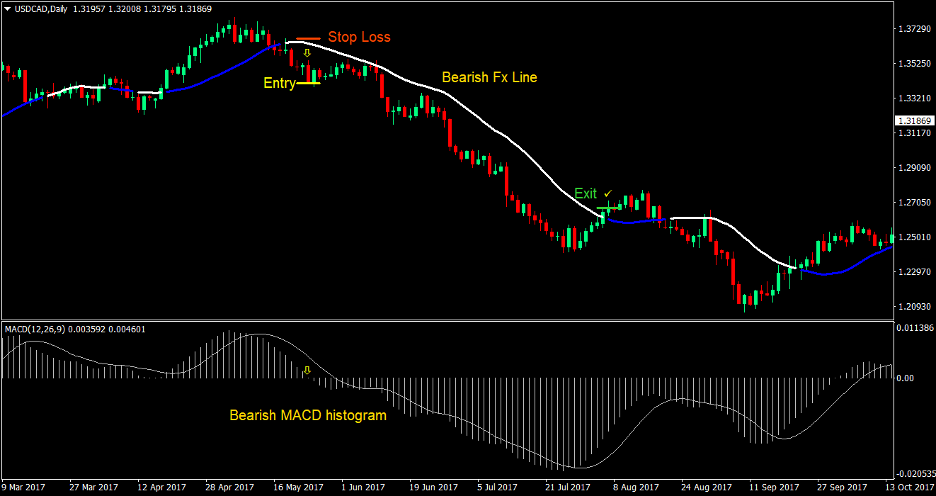 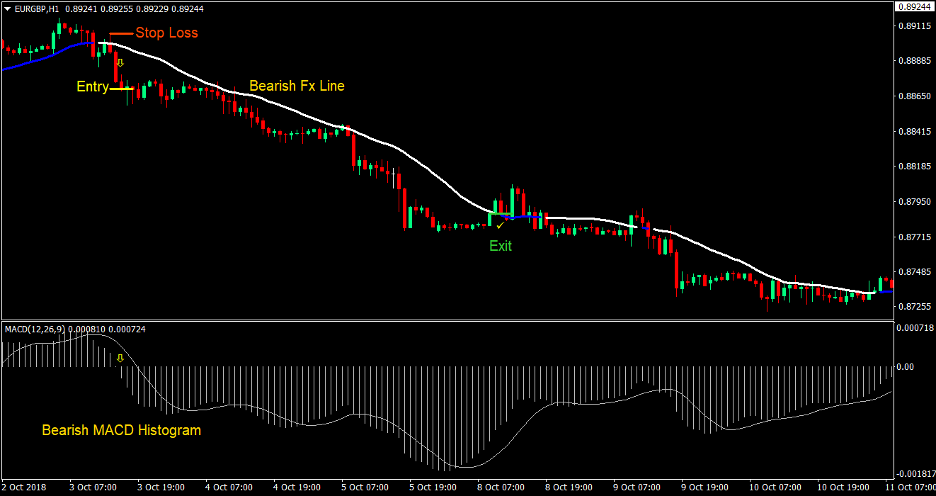 The MACD Fx Line Forex Trading Strategy is an excellent trend following strategy, which allows traders to objectively identify entry points based on the markets trend direction. This trading strategy would usually result to high return trade setups, which could profit returns on the risk of 3:1 or more.

There are cases however when the market doesn’t trend long enough and would reverse too soon. This is common on range bound and choppy market conditions. Avoid using this strategy on such conditions. I stedet, implement this strategy on markets and pairs which have a strong tendency to trend.

MACD FX Line Forex Trading Strategy provides an opportunity to detect various peculiarities and patterns in price dynamics which are invisible to the naked eye.