There are several variations of channel or band-based indicators. We have the ever-popular Bollinger Bands, the Donchian Channels, and the Keltner Channel, and probably some more. All these indicators have similar features with a few slight differences. First off, all these indicators are based on a midline which is usually a form of an average of the price or a moving average. Deretter, based on the average, which serves as a midline, outer bands are also plotted above and below the midline. These lines are plotted based on different computations and parameters. It could be a deviation from the midline or based on the recent highs or lows. Endelig, all these are plotted on the price chart itself. This allows traders to observe how price reacts to the areas around these lines.

The common way of looking at these indicators is by considering a touch of the midline either as a retrace to the average price or a changing of the trend. The outer lines on the other hand are often considered as overextended areas where price could bounce off from and start reverting to the mean. På en måte, the outer lines are could also be considered as dynamic supports and resistances. These features make channel and band-based indicators very versatile. Having the midline allows traders to see the bias of the market, while at the same time, having the outer bands allow traders to take mean reversion trades.

Having that in mind, there could be two ways to look at the outer bands of the Keltner Channel. The most common paradigm is this. Let’s say price is above the midline therefore we will consider the market as having a bullish bias. Deretter, on the trending market environment, let’s say price bounced off the midline and crossed above the upper outer band. Most mean reversion traders would think it is already overextended because price is already a considerable distance away from the mean. They would then start placing mean reversion trades hoping that price retraces to the mean. Other traders who don’t trade mean reversion could also be put on the sidelines because price is said to be “overextended”. derimot, if you’d come to think of it, we have already established that we are on an uptrend. Price also closed above the upper outer band, which could be a certain multiple of the average range of a candle. This could mean that there is momentum behind the candle closing a considerable distance above the bands. It couldn’t get that far without momentum. We could also say that the candle has broken out of a dynamic resistance, which is the upper outer band.

This strategy would consider strong closes beyond the outer bands of the Keltner Channel as a sign of strong momentum. Derfor, instead of taking mean reversion trades, we will be taking the trade on the direction of the momentum breakout candle. 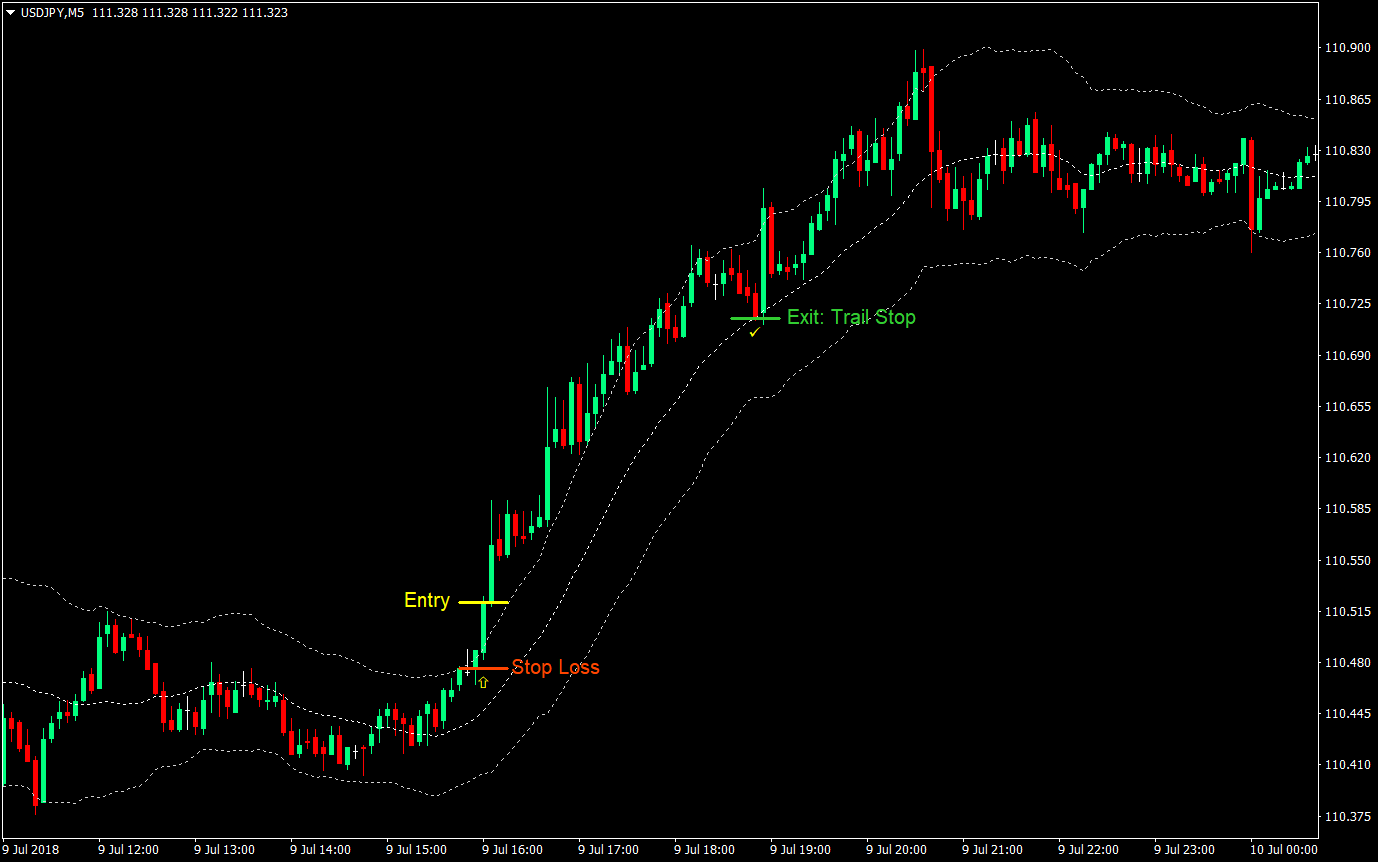 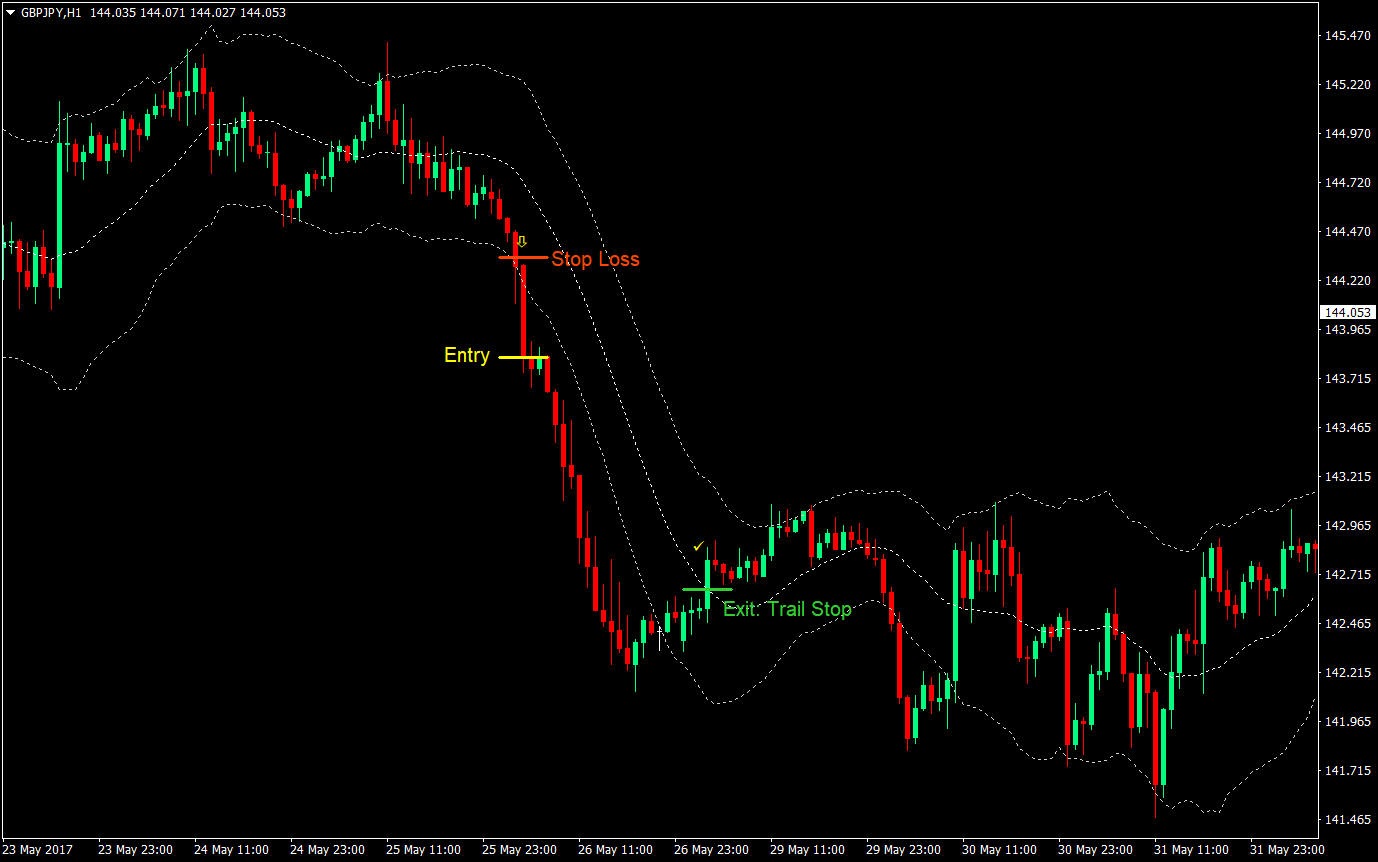 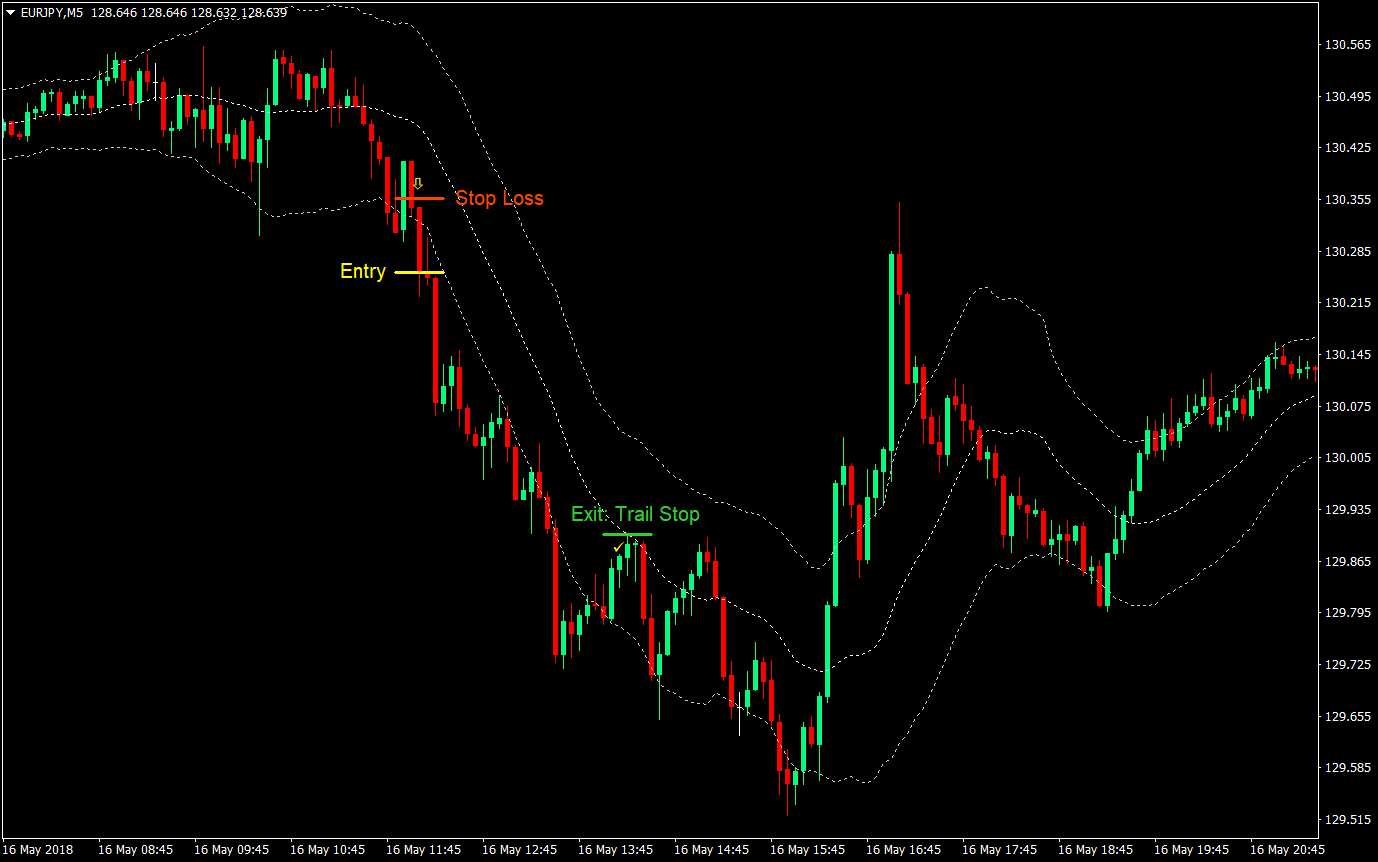 Since this is a day trading strategy, let’s also discuss timeframes. This particular strategy could also work on some setups aside from what was mentioned above. It could be done on the 1-minute chart or over the 4-hour chart. derimot, on the 1-minute chart, price tends to retrace to the midline quite often even on a clear trend. This could cause you as a trader to be getting in and out of the market a little too often and could cost you much per transaction. This is best traded on the 5-minute chart, but it could also work on the 15-minute and 1-hour chart especially when there is news behind a momentum and the trade started at the beginning of the trading session. Fortsatt, it could also be used on the 4-hour chart and above as a swing trade, but strong trends don’t seem to last that long on higher timeframes because an opposing sentiment or news could develop as the days go by. 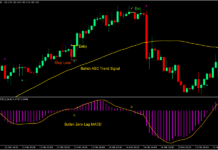 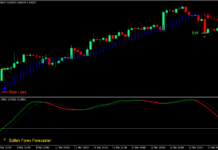