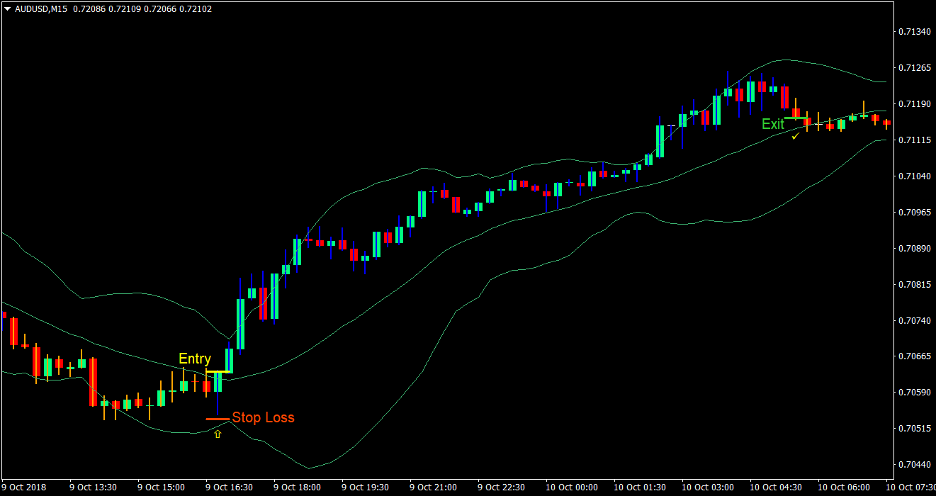 The Bollinger Bands is composed of three parts, the middle line and two outer bands. The middle line is a simple moving average usually set to 21-periods. The two outer bands on the other hand is plotted based on a standard deviation from the simple moving average and is usually set to two standard deviations. Men, these parameters could be adjusted depending on the trader’s preference.

Bollinger Band price extremes based on the outer bands are an excellent basis for price reversal trade setups. It objectively shows if price is overbought or oversold and allows traders to observe price action as it rejects the price around these areas. This strategy is a reversal trading strategy based on the Bollinger Band price extremes. Men, we will be incorporating the confirmation of the Gann HiLo Activator Bars as the entry signal.

We will be waiting for price to touch the area near the overbought or oversold outer bands. Deretter, we observe how price is reacting to it. If price starts to reject these areas, then we would wait for price to start reversing. Etter hvert som prisen reverserer, the Gann HiLo Activator Bars should also change color indicating that the short-term trend has already reversed. This should also be accompanied by price crossing and closing over the midline indicating that the trend based on the 20-period simple moving average of the Bollinger Band has already reversed. The confluence of these conditions confirms the strategy’s price reversal trade setup. We then allow price to run as the reversal leads to a trend on the opposite direction.

Valutapar: any major or minor pairs and some crosses 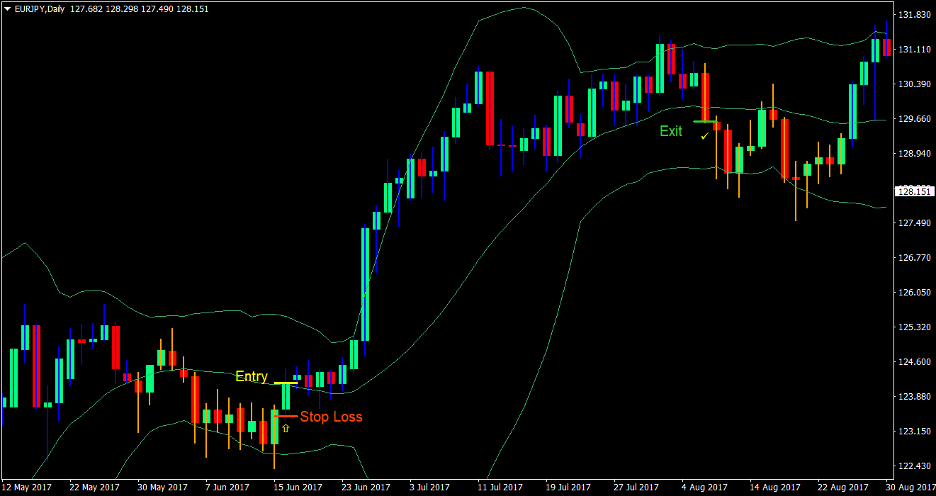 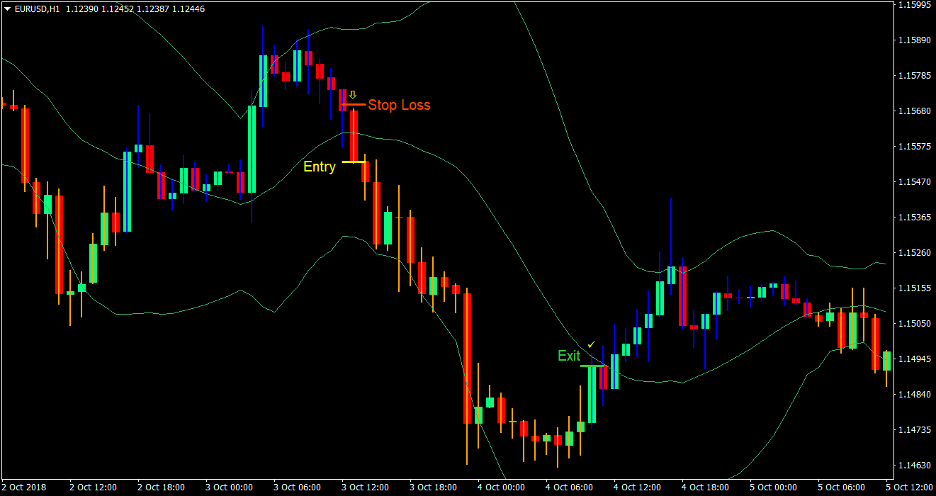 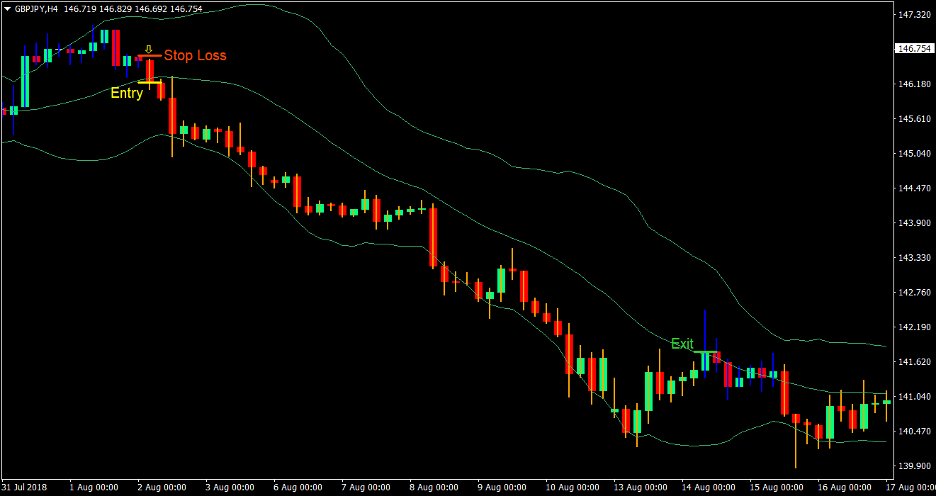 Indikator for prisvarsel for MT5