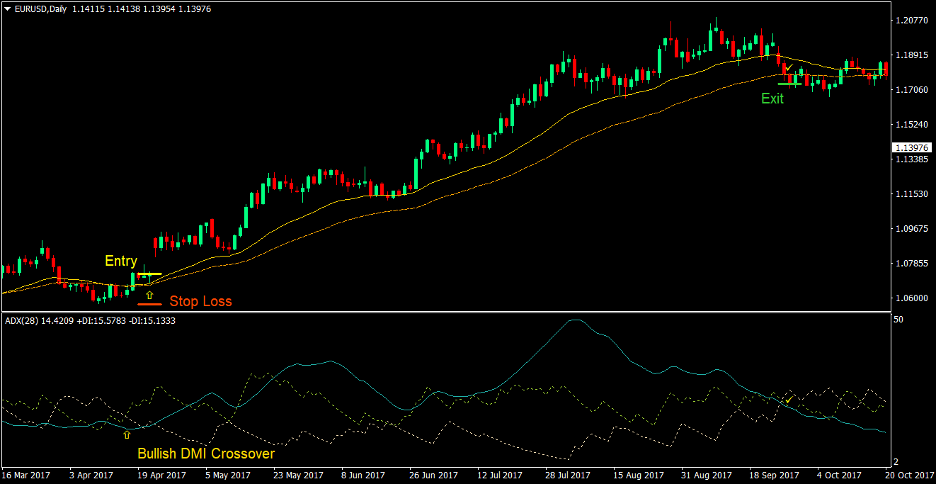 When new traders first look at charts, they often see a meaningless movement of bars and lines going up and down. Opportunities are not easily detected by new traders because most still have not developed the skill to see it. But what are we looking for in the first place? How do traders see opportunities in a seemingly chaotic chart?

The Directional Modified Moving Average Forex Trading Strategy allows traders to easily identify these cycles by using a set of technical indicators. These indicators could easily show the points where the trend cycles are reversing, helping traders make sense of an otherwise chaotic chart.

The Average Directional Movement Index (ADX) is a technical indicator developed by Welles Wilder. This indicator aids traders in determining trend direction based on momentum, as well as trend strength.

The ADX line represents trend strength. Technical traders interpret ADX figures above 25 as having a strong trend, while figures below 20 are considered to represent market conditions with no trend.

Although these indicators may have almost similar names, but they do differ in approaches. These two indicators are practically a modified version of a Moving Average However their modifications are aimed to provide a different characteristic compared to other moving averages.

The ADX line would serve as a confirmation of the trade signal. Profitable trades would usually result in an ADX line going over 25. derimot, we will not limit our trades based on it. This is because the market tends to start in contraction phase prior to a trend. During contraction phases, the ADX line usually is below 25. 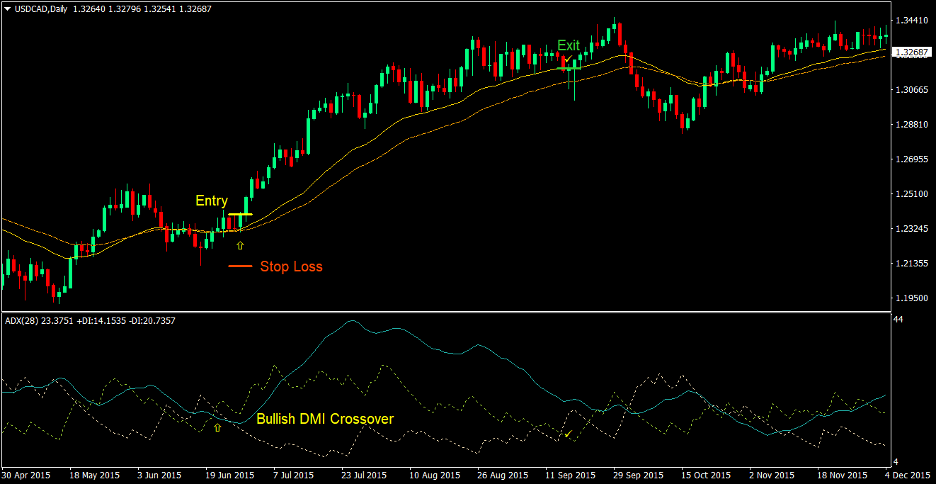 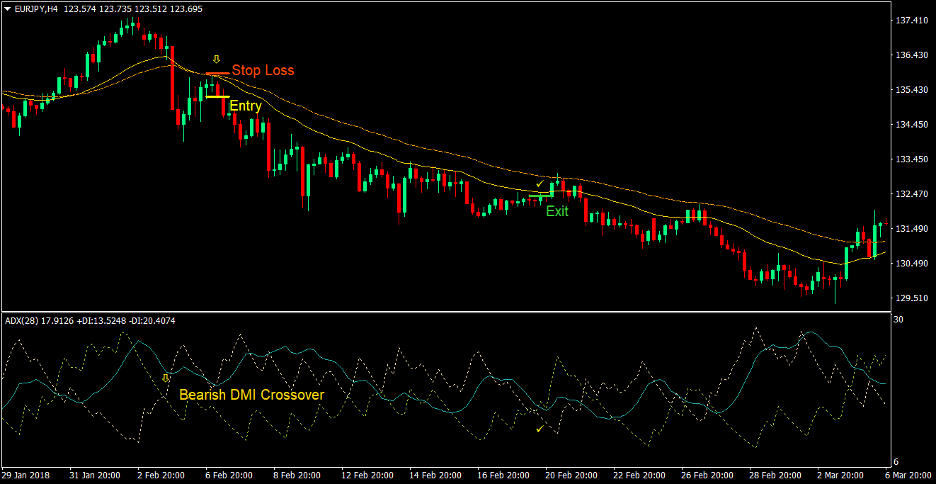 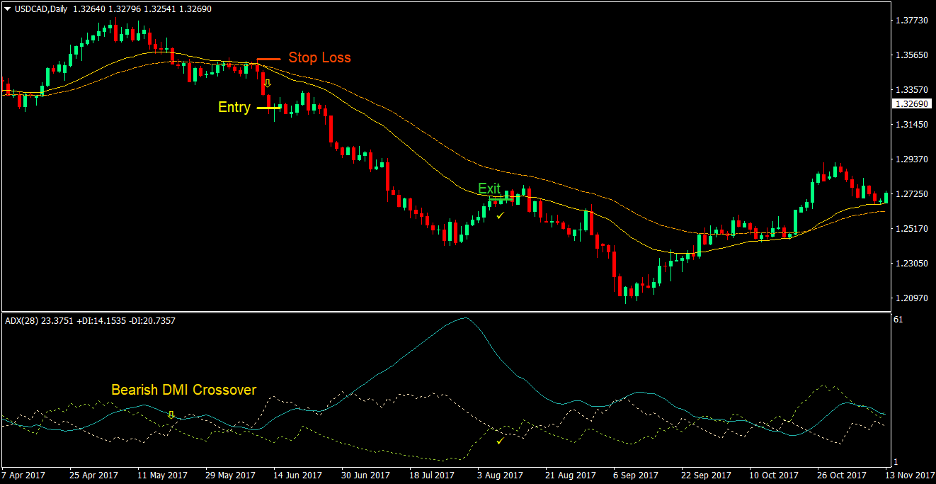 This trading strategy is a working crossover strategy that produces good quality trade signals. Many of the trade signals produced by this strategy could result in a trend. This would allow traders to earn from high yielding trades that could earn as much as 2:1 til 5:1 belønning-risiko-forhold.

The DMI crossover also tends to be more responsive at times compared to the moving average lines. There would be times when a temporary retrace could cause a crossover on the DMI lines. These scenarios could cause a premature exit from the trade and cut profits shorter than it could have been. derimot, it is better to stick to exit earlier rather than give back all the profits if the DMI crossover does result in an actual trend reversal. Traders who opt to hold the trade could make use of a smart trade management strategy, employing trailing stops and moving stop losses to breakeven.

Directional Modified Moving Average Forex Trading Strategy provides an opportunity to detect various peculiarities and patterns in price dynamics which are invisible to the naked eye.