“What comes up, would always come down.” The same law that applies to physics is also true in trading. Trends are great as long as it has momentum behind it, but sooner or later the momentum that drives a trend would die out. Traders who tried to follow the trend but entered the market a bit too late would find themselves in deep waters when the market starts to reverse. This may be a sticky situation for most trend traders, but for those who have learned to navigate these types of conditions could profit from such turbulent trend reversals.

There are many possible reasons why a trend would reverse. It may be a fundamental news release, a trade war, a monetary policy change, a big bank placing a huge position, a support or resistance, etc. Some of the reasons are predictable while many are not. Those that we can’t foresee, we can’t control and make money out of. However, there are some reasons that are predictable via technical analysis, one of which is price rejection. Price rejection is a point wherein price has reached a certain which is either too high or too low and traders start to take notice of it. As soon as the market realizes that price has reached that point, price would find it difficult to break through such point. Then, price would start to stall and reverse. There are many ways to anticipate price rejection, one of which is by determining if price is either overbought or oversold. As soon as price starts to reject an overbought or oversold market condition, price could start reversing.

It also indicates volatility based on the characteristics of its outer bands. The outer bands are based on a computation of the standard deviation from its midline. During volatile market conditions, the outer bands tend to expand while at times when the market has weak volatility, the outer lines also tend to contract.

The Klinger Volume Oscillator (KVO) is a technical indicator developed by Stephen J. Klinger. It is an oscillating indicator which takes into consideration a volume-based approach to determine trend. It is also quite unique as it attempts to strike a balance between providing short-term trend signals while at the same time being useful at indicating long-term trend directions.

Lastly, the trend reversal should be confirmed by the Klinger Volume Oscillator (KVO) by showing histogram bars that agree with direction of the crossover. 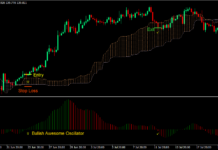 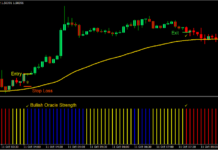 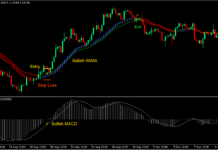 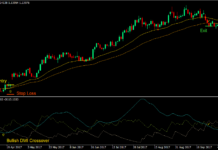 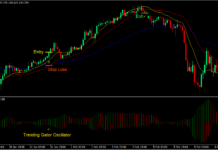 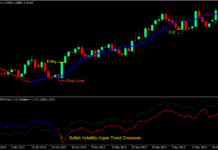 Forgot Password
© 2020 ForexMT4Indicators.com. All rights reserved.
REVEALED: "How To “Hack" A Popular Forex Indicator And Squeeze Every Last Pip Out Of The Market …Now!”
Click the button for Instant Access!
Your information will *never* be shared or sold to a 3rd party.
ΠΕΡΙΣΣΟΤΕΡΑ ΘΕΜΑΤΑ