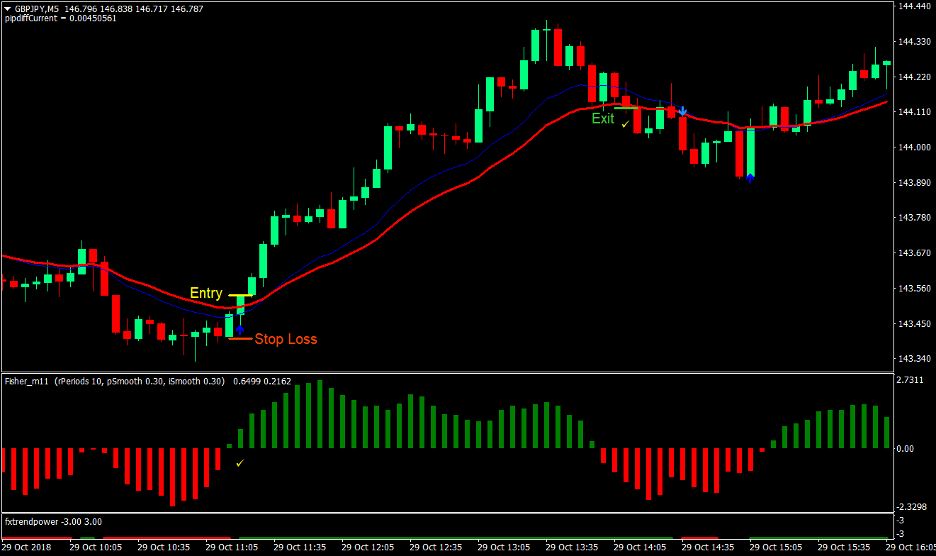 Crossover strategies are very popular among many newbie traders. This is probably due to the simplicity of crossover strategies. Imidlertid, crossover strategies have taken some flack lately. In today’s choppy market, not all crossovers would result to a long-lasting trending market condition. There will be times wherein the market would reverse on an otherwise profitable trade, causing traders to lose money.

Så, how do you get to take trades that have a very high probability of being profitable. Først, there should be a confluence of multiple conditions that point to the same direction. It could be a price action pattern, a candlestick, a reversal pattern, or multiple indicators giving the same signal at the same time. That allows the trade to have a higher probability, since more things are pointing towards the same direction. Næste, some traders might not agree, but taking the trade a bit earlier than usual might help the trade. This is because if the trade does go to your direction, you would be in on the early part of the move, which gives the trade a little bit more room to breathe. If ever price reverses a bit, there is still some wiggle room to make some profits. The Power Trend strategy complies with these two ideas.

The Sidus v.2 indicator is a custom indicator that is based on a crossover strategy. It is composed of two relatively fast moving averages which is painted as red and blue lines. Although this indicator might seem like a typical moving average crossover, what it does is that it also gives signals by painting arrows. The beauty is that even though the actual crossover might have not occurred yet, if the crossover is inevitable and the candle seems strong enough, the indicator paints the arrows ahead. This allows for a trading strategy that takes signals a tad earlier than most.

The Fisher_m11 indicator is an oscillating custom indicator that paints histograms around zero. The bars are unbounded, which means that the oscillator is free to move on an infinite range. It is also based on modified moving average, however although the actual formula behind this indicator is not discussed, it does seem to work on a relatively fast trend.

The fxtrendpower indicator is another indicator that is based on a rather short-term trend. What it does is that it paints a line on its own window whenever the market is trending. When the market starts to reverse, the indicator pauses for a bit until the new trend is clearly established or paints the same color if the trend continues on the same direction.

This strategy is based on the confluence of these three indicators making the same signal at a close time period. It may be just a few candles before the Sidus v.2 and fxtrendpower would follow the Fisher_m11. 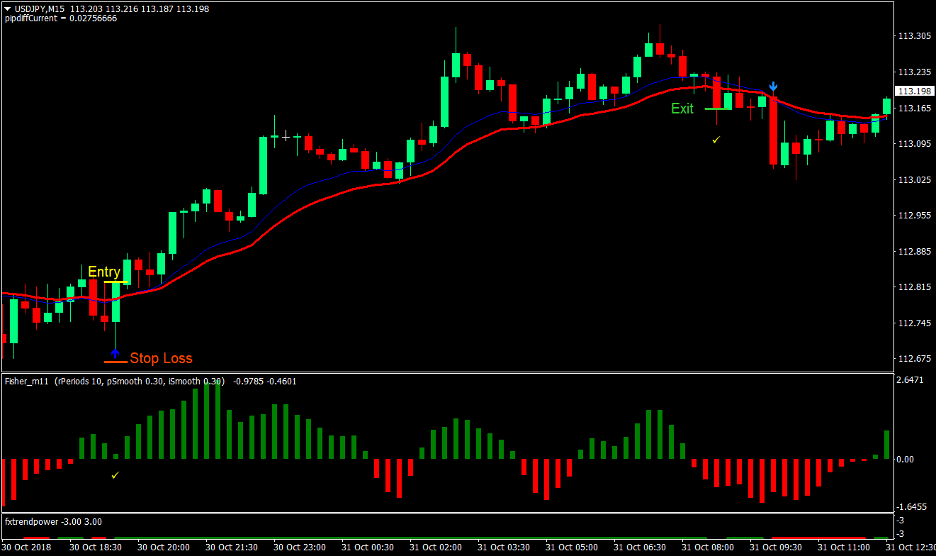 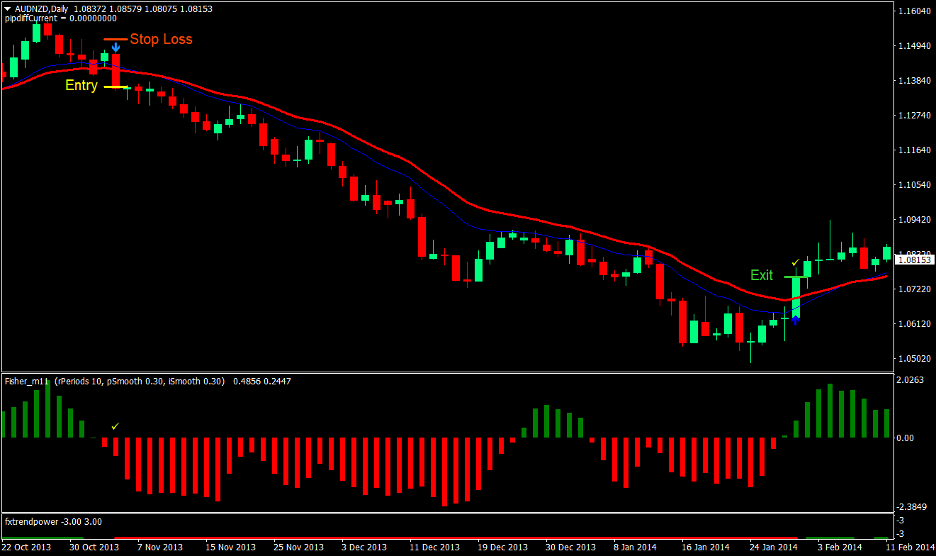 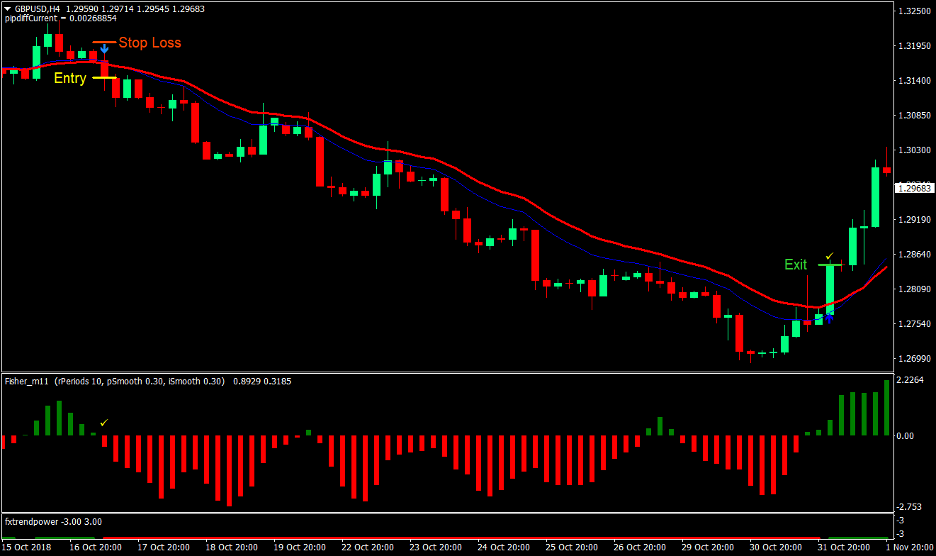 This strategy is about having a high probability entry. The three complimentary indicators allow for such a high probability with the potential to trend for quite some time. The key is in taking trades on a condition when the market is prime for a trending move. This would usually be accompanied by a sudden burst in volume coming in pushing price on one direction.

There will be times when the Fisher_m11 would show reversal signs prematurely. This strategy ignores these small reversal signs as they are typical for when the market is retracing to the moving average. It would be better to hold the trade as price usually pushes through after the retracement, allowing for better profits. Imidlertid, if you would opt to secure profits right away, you could also exit on these minor signs of reversal.

Power Trend Forex Trading Strategy provides an opportunity to detect various peculiarities and patterns in price dynamics which are invisible to the naked eye.