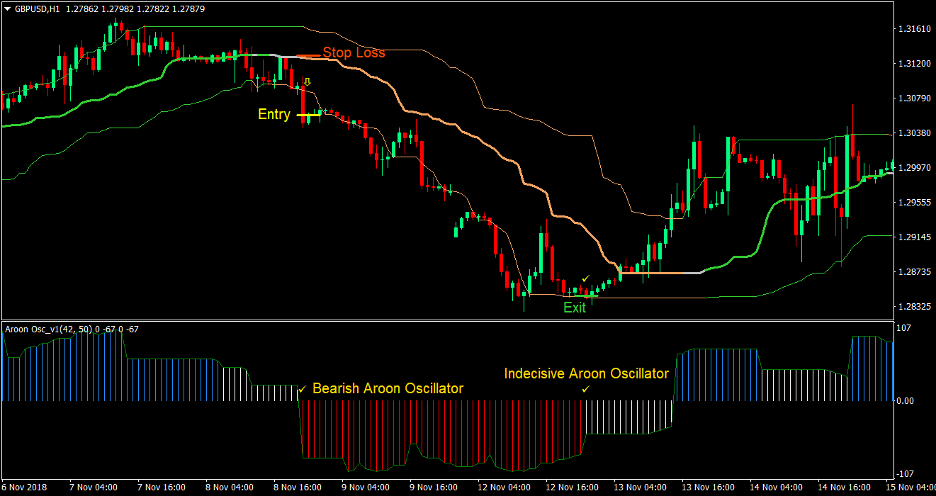 The Aroon Quantile Bands Forex Trading Strategy is one which takes into consideration the probabilities of a trade going in your direction within a few candles.

The Aroon Indicator was developed by Tusar Chande in 1995. This indicator was intended to indicate when the trend is most likely to change. It does this by identifying the speed at which price reaches its highs and lows.

The standard Aroon indicator has two components, Aroon Up and Aroon Down. Each line measures the number of days since the high and low point within a given period of time, then divided by a preset number of periods. This creates two lines which oscillate up and down and at times crossing over each other. These crossovers indicate the point at which the trend has a high probability of reversing.

The idea of quantiles come from the field of statistics. Quantiles are basically cut points that divide a range into intervals with equal probabilities.

This idea borrowed from statistics was brought over to trading as a means to identify trend by looking at how the quantiles are moving.

This strategy makes use of these two probability-based indicators to identify points wherein the market is more likely to reverse.

The Aroon Oscillator is used to determine an entry point wherein price would more likely move in the trades favor quite immediately, usually within 5 candles. Reversal strategies could sometimes be hard to catch, and many reversal trade setups could take quite long before price goes in your favor. The Aroon Oscillator allows us to take reversal trade setups that would more likely be in profit quite sooner. 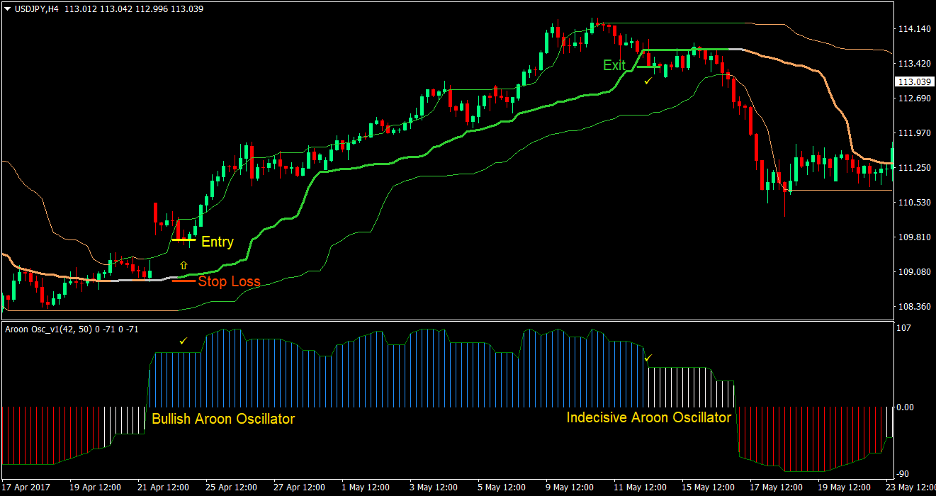 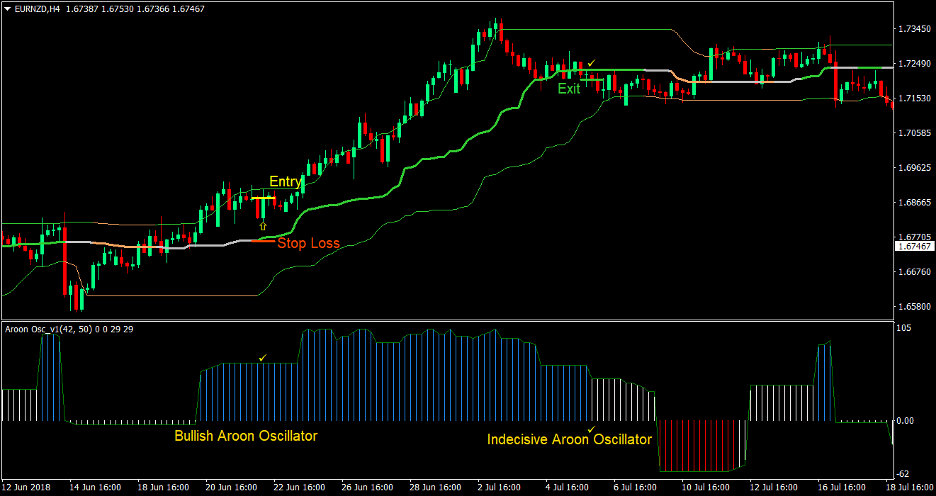 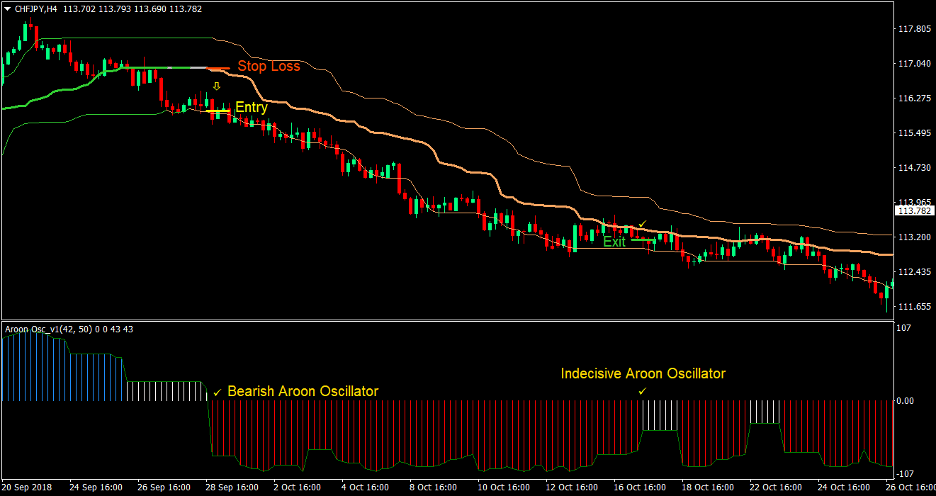 This strategy is one which is based on probabilities. In fact, both indicators emphasize probabilities on the way it observes the market. This allows us to take high probability reversal trades which could run in our favor.

Aroon Quantile Bands Forex Trading Strategy provides an opportunity to detect various peculiarities and patterns in price dynamics which are invisible to the naked eye. 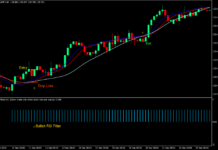 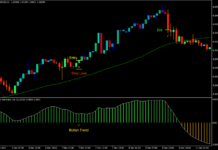 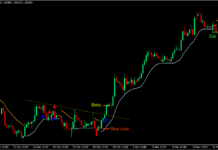 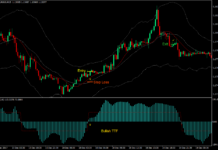 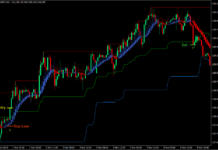 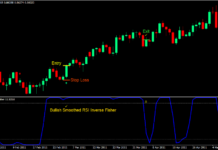