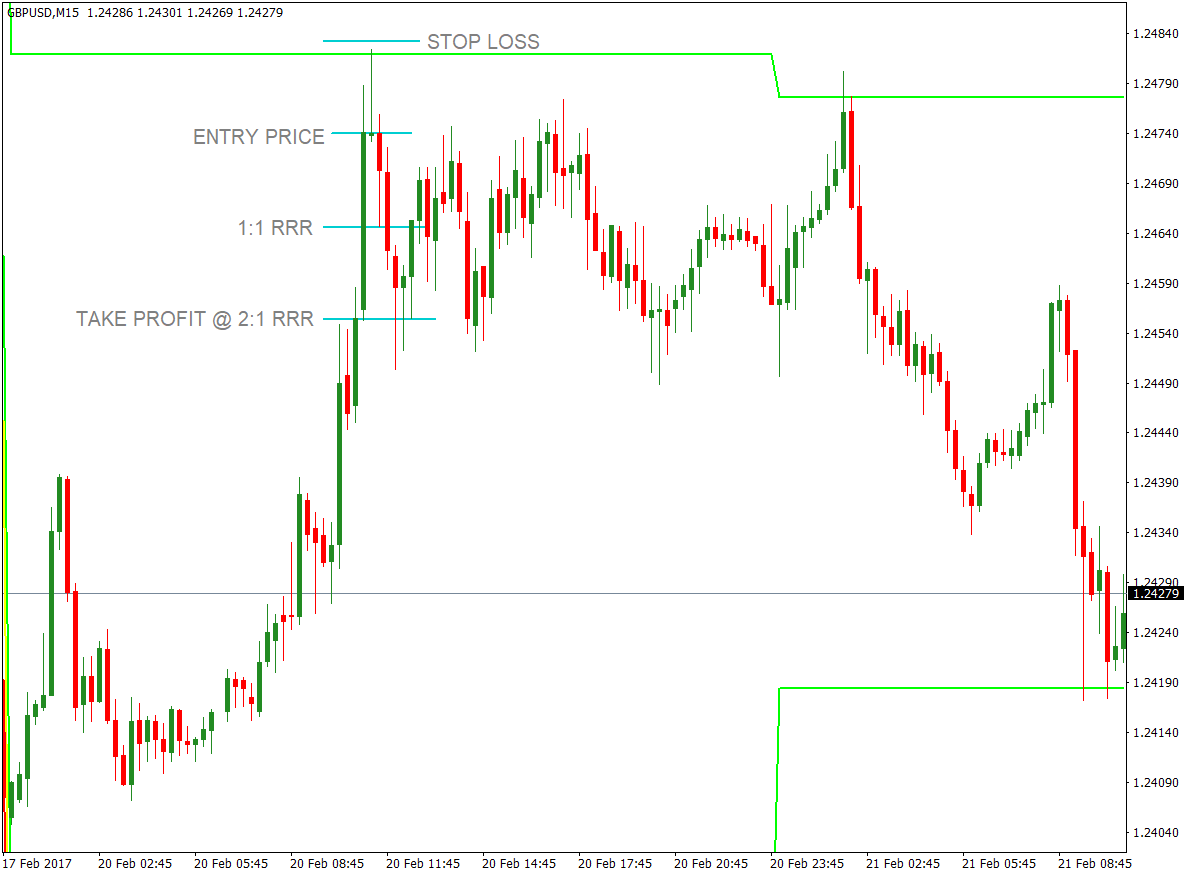 You’ve probably heard of horizontal supports & resistances. You’ve probably traded using it and have had some success with it. Horizontal supports & resistances manually drawn on the chart are good. Price usually does respect them. The setback with manually drawn supports and resistances though is that they are subjective, and is prone to an individual trader’s bias. What may be a horizontal support to you may not be a horizontal support for me. Nou, that bias may be very innocent, but this subjectivity may mean that traders are not agreeing on where price should bounce off. This means that as an individual trader, having your own subjective take on the chart, though you may think you are right, but the market may have a different take on where price should bounce off.

This is where Pivot Points come in. Pivot Points are mathematically derived prices, which draws horizontal supports and resistances on the chart. Being that pivot points are mathematically derived means that the subjectivity of deciding where the support and resistance areas should be, is lessened. This takes out the stress of wondering if you are right or wrong, and conveniently draws a horizontal supports and resistances for you. Bo-op dit, many institutional traders also use it, making it more effective, as the big players are also using it. 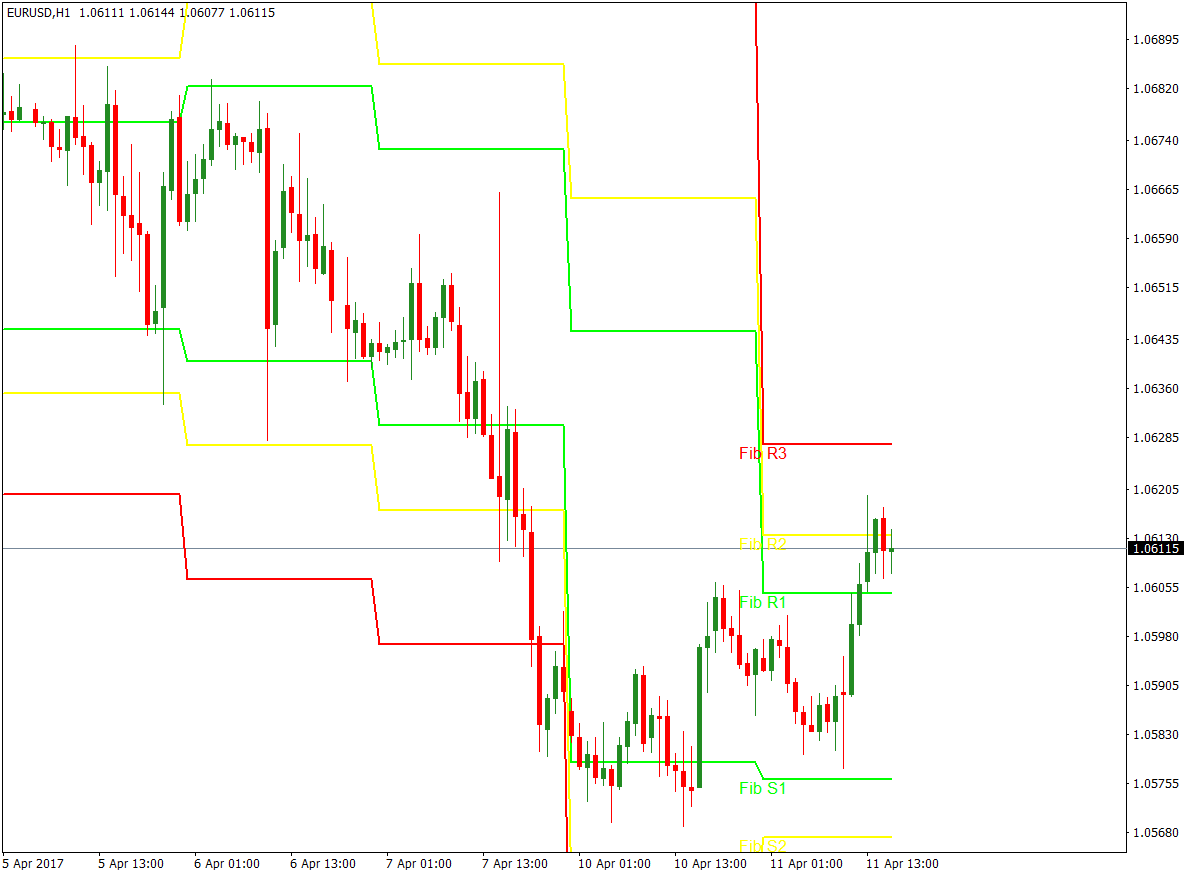 The yellow and red lines are the pivot points. If you would have noticed, price does respect the areas around it, bouncing off whenever it is in the area.

The shooting start pattern is a reversal pattern indicating a strong rejection of price. It could also indicate a price top in an uptrend. This conveniently allows the trader to enter the market at its peak in a bearish trade setup.

Shooting star patterns are easy to identify. These are candles with a long wick on top and a very small body at the bottom found during bull trends. This signifies the end of a bull trend. 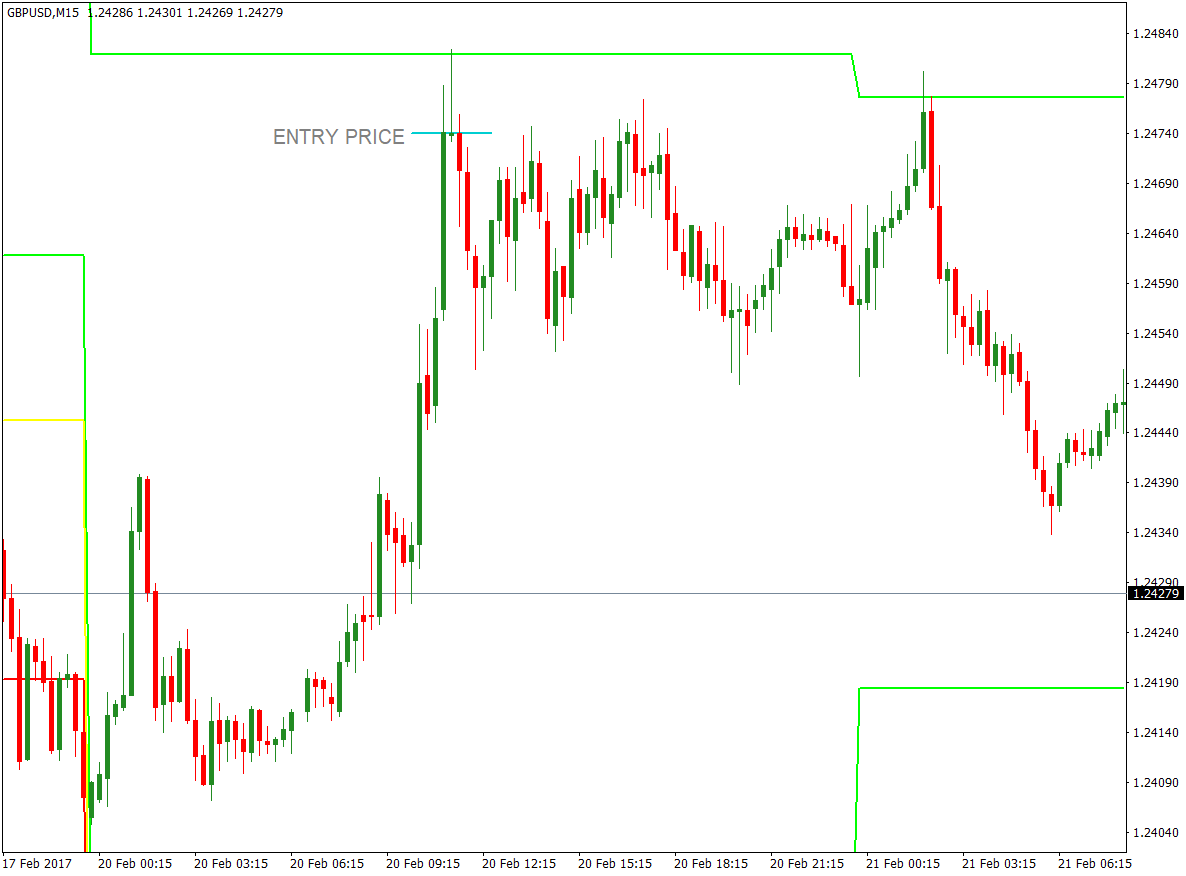 On the chart above, the signal candle did touch the pivot point line and reversed. 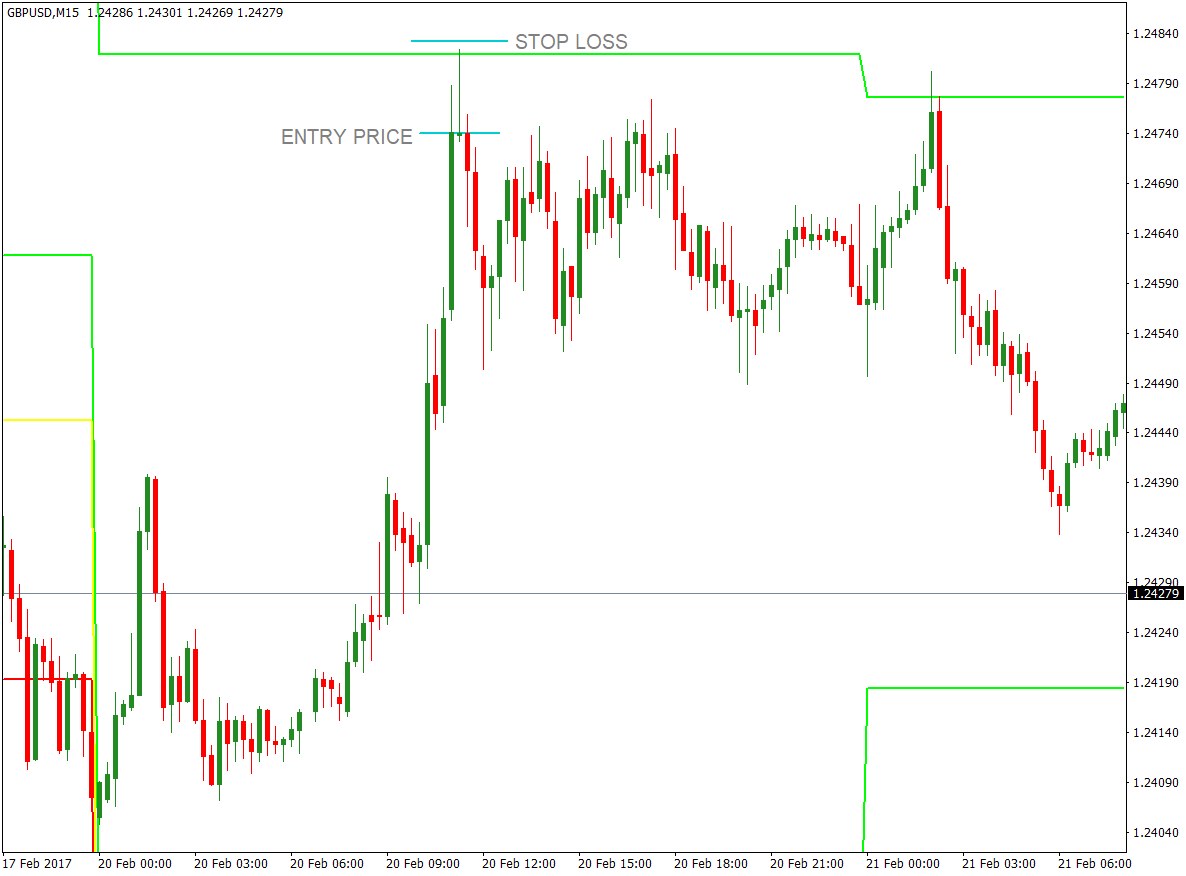 gewoonlik, traders using pivot points would target the next pivot point area as their take profit. Although it is common that these take profit levels are hit, I find it illogical since pivot points are supports and resistances. These are areas where price bounce off, not areas that attract price. Though it does happen that price get to those levels, but these usually happens only if price bounced off an outer pivot point, such as S2 and S3 or R2 and R3.

So, if we rule out the pivot points as target areas, what should we be using?

I prefer using a fixed ratio of 2:1 of my risk as my take profit. What this means is that if I am risking 1 pip for my stop loss, then I should be gaining 2 pips on my take profit. This gives me a positive risk-reward ratio. The advantage of this is that even if I get stopped out 50% of the time and have winning trades only 50% van die tyd, I’d still have a growing account. This is because every time I lose, I lose only 1 pit, and every time I win, I gain 2 pitte.

Op hierdie grafiek, I risked 9 pips on my stop loss, so I set my take profit to gain 18 pips if it was hit. Good thing the take profit target was hit.

Using pivot points as an area to look for reversal patterns is very effective, since price usually respects these areas as support and resistance. Egter, without adequate knowledge of price action and reversal patterns, it would be hard to predict when price will bounce back. Using shooting star patterns, a very strong reversal pattern, as our trigger allows us to anticipate when price would be reversing. Combining the two, pivot points and shooting star patterns, makes these setups very effective. Combine it with a good money management strategy, such as trading 2:1 risiko-beloning verhouding, would allow traders to trade on profit and grow their accounts.

Pivot Points with Shooting Star Reversal Pattern Forex Trading Strategy provides an opportunity to detect various peculiarities and patterns in price dynamics which are invisible to the naked eye. 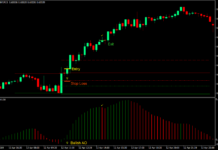