Om hierdie strategie te verhandel, we will be using the i-AMMA custom indicator as the slower moving average and the IDWma indicator as the faster moving average playing on its strengths. The i-AMMA indicator being primarily used as a trend filter, tends to get trades that are well established. Aan die ander kant, the IDWma being a moving average that hugs price closer while still maintaining smoothness, could be excellent for providing entry signals with less lag. Using both in tandem would allow for a crossover strategy that trades on more established trend while still trying to enter the trade with a little less lag.

Laastens, we will be adding another filter to this crossover strategy. We will be using the RAVi custom indicator. It is an oscillating type of indicator that prints histogram bars around the midlevel zero. Maar, it has marks on level +/- 0.3. These levels determine if the market has tendencies to be bullish or bearish. The indicator also changes color indicating the direction of the trend. Green bars indicate bullish trending tendencies while red bars indicate bearish trending tendencies. Gray bars are printed if the RAVI histogram either hasn’t crossed the +/- 0.3 level yet or is closer to zero than the previous histogram bar. 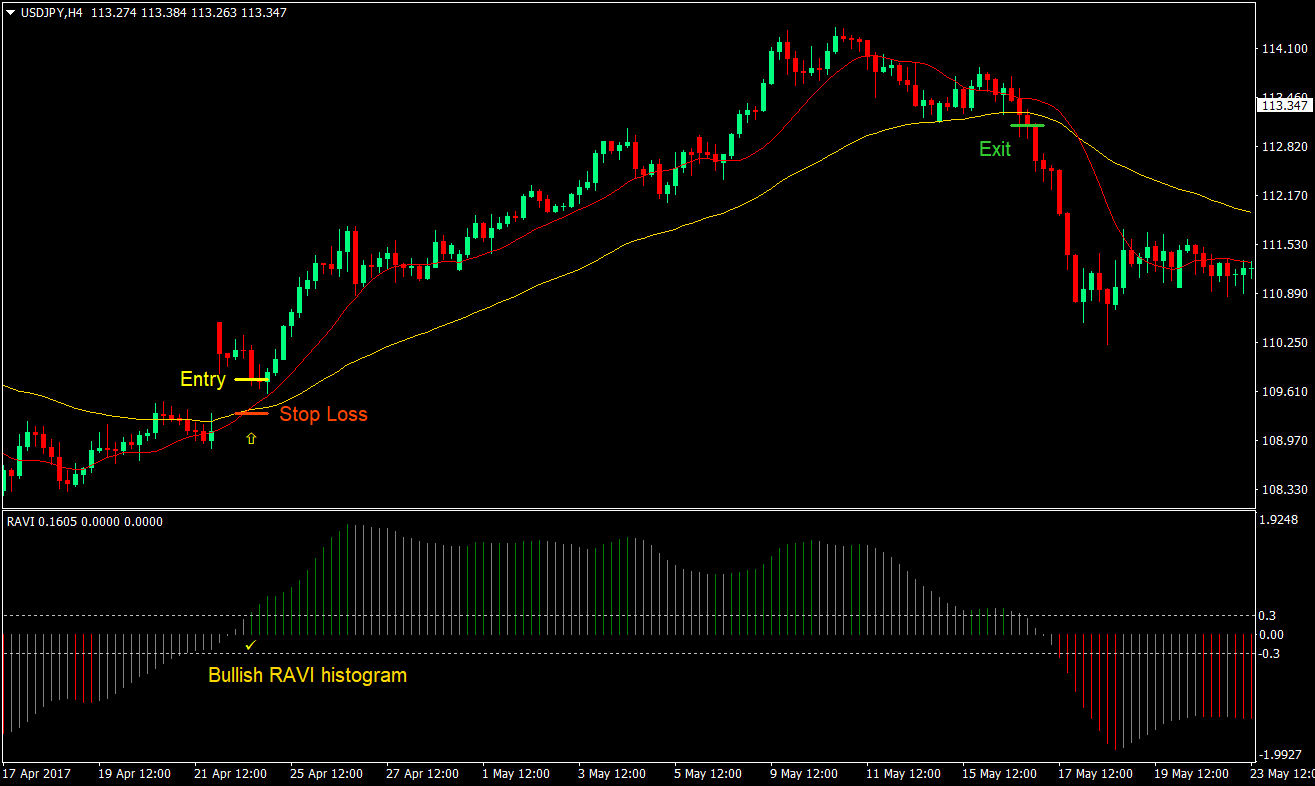 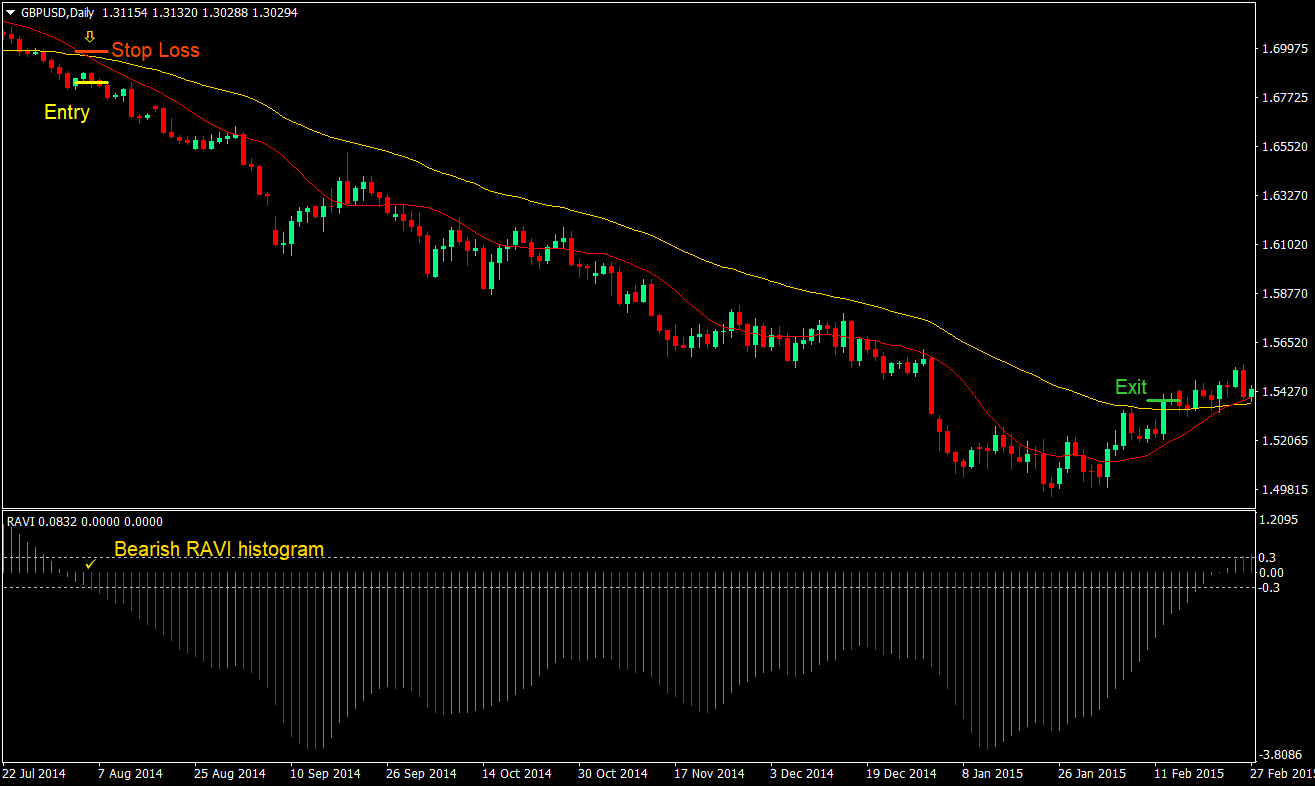 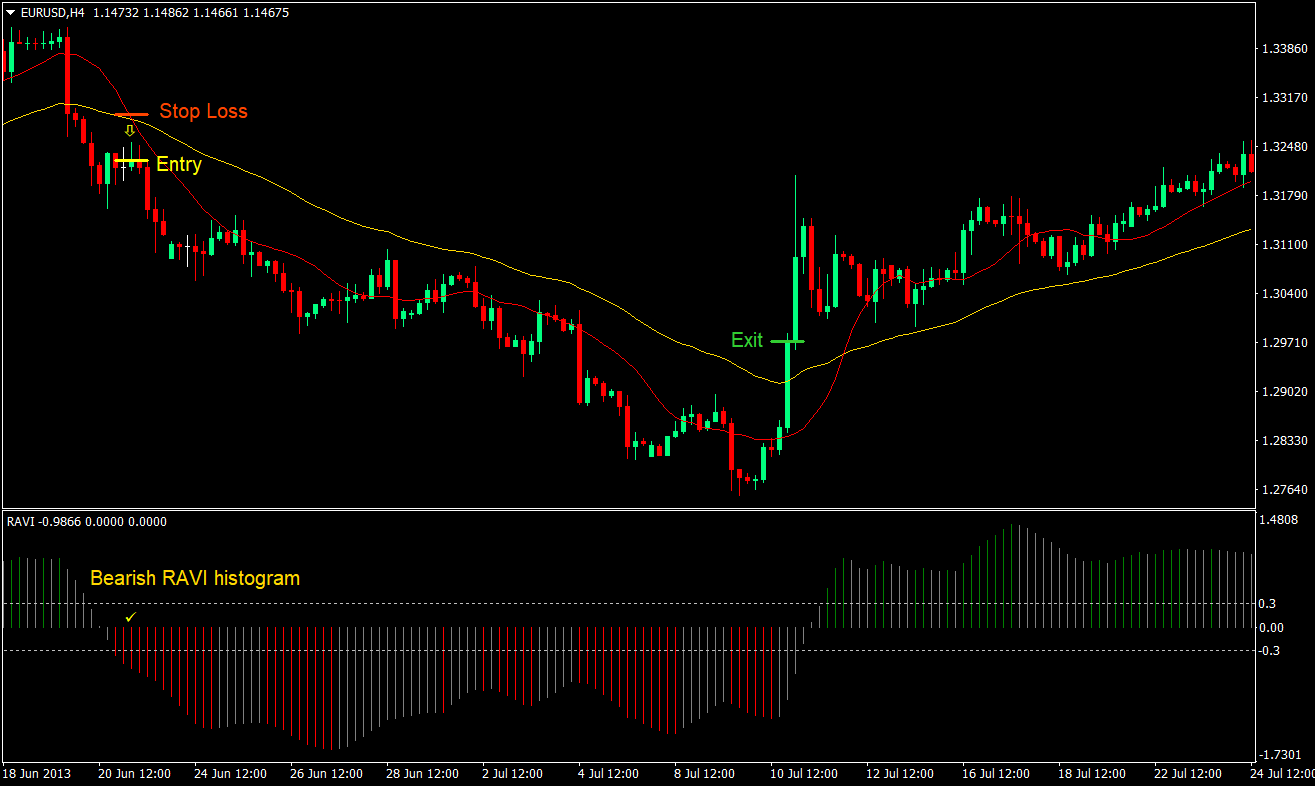 Not all entry signals generated would be profitable. Some might end up a loser, while others will also generate profits. Maar, this type of strategy banks on a high reward-risk ratio. Because this strategy allows for exits only when price has violated the i-AMMA and closes beyond its line, it allows the trade to run as long as the trend is still in place and exit the trade as soon as the trend has died. This gives us some trades that would earn big to cover the losses plus some more. The key is just to show up in the market and be there when the big winning trade happens. 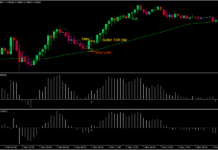 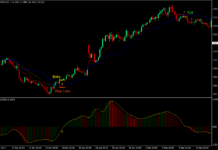